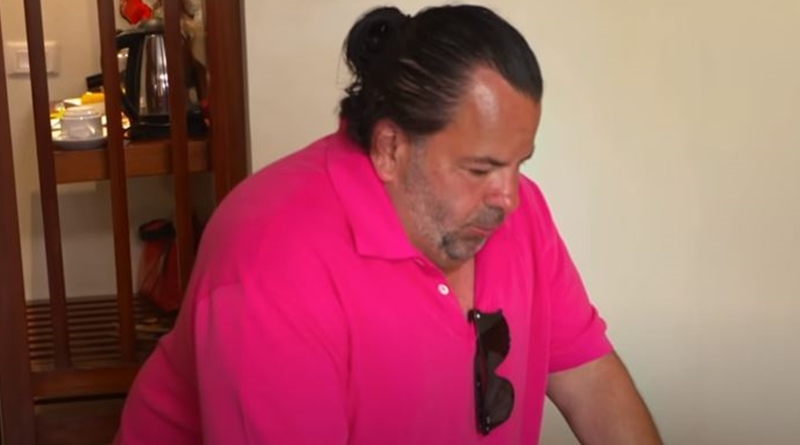 90 Day Fiance fans slap at Big Ed a lot these days. Even other cast members joined in the call for his removal from the TLC show. Many people think he’s arrogant, self-opinionated, and awful to Rosemarie Vega. While he ignores most haters on his social media, he showed some humility and apologized to his daughter Tiffany.

TV Shows Ace reported that it’s rather unusual for cast members to call for the removal of others on the show. But Lisa Hamme and Geoffrey Paschel can’t stand him. Plus, Ricky Reyes chimed in and directly called on TLC to get rid of Big Ed. He cited a long list of Ed’s sins on his Instagram. Ricky noted in part, that Big Ed thinks “he is above all prior and current cast members.” Ricky also noted that no apology ever came from Big Ed and he makes a “profit from “Big Ed’ corona masks.'” Naturally, much criticism went Ed’s way because he “humiliated” Rose by asking her to use hygiene products.”

After Rose dumped Big Ed on the 90 Day Fiance show, more criticism went Big Ed’s way. And. some people feel very angry. They assume he acted a predator on Rose, at the expense of his own daughter Tiffany. Critics think he even sacrificed his family for a bit of fame on TV.  But he reached out with an apology to his estranged daughter.

InTouch Weekly ran a sorry about the apology by Ed. They reminded readers that in Sunday’s episode of the show, he met up with Tiffany. Tiffany never wanted her dad with Rose. And, she felt it really wrong that he asked Rose for an STD test. Feeling he made a serious mistake taking up with the young woman from the Philippines, they stopped talking to each other. Ed said that he felt really bad as he loves his daughter. But she just gave him “the silent treatment.”

One of Tiffany’s biggest issues seems to be that at 29-years-old, she older than Rose. She thought it really strange that her dad went after someone younger than his daughter. She felt that Ed and Rose simply couldn’t have “anything in common.” During the show, she spoke to her dad, saying, “It was hard because you were blowing me off and essentially saying, ‘Eff you. I don’t care, I’m just gonna do whatever.'” Well, thousands of 90 Day Fiance fans expressed similar opinions on social media.

After Tiffany spoke to him, the 90 Day Fiance star finally agreed that he treated her badly. He described himself as “dumb.” Actually, that’s the first time fans saw any humility from Ed. He told Tiffany, “I was selfish, and I’m sorry.” What do you think about that? Will Tiffany forgive her dad and mend their relationship? Sound off your thoughts in the comments below.