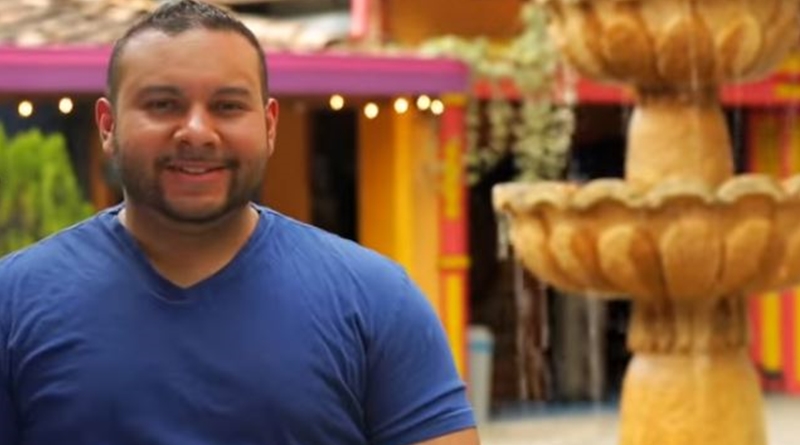 90 Day Fiance: Before The 90 Days brings Big Ed. He’s a controversial character these days. Many allegations arise that he talks to young girls on social media. Plus, someone accused him of harassment at work. She didn’t report it to the police. However,  the accusations stuck to Ed in a big way. In fact, some fans make rather libelous statements on his social media. Now, controversial alum, Ricky Reyes joined the fans calling for Bid Ed’s removal from the TLC show.

Fans who tune in and watch the franchise love the show but also love to hate the cast. In fact, they post up petitions almost every season for the removal of people. Recently, critics called for the removal of Geoffrey Paschel. In fact, many people petitioned for the removal of the Tell-All host, Shaun Robinson. Lisa Hamme, Larissa Lima, Nicole and Asan, Leida Margaretha, Angela Deem, and more, all went through it. But it’s unusual for a cast member to recommend TLC lose one of their own.

Now, Ricky Reyes, also a rather controversial character on the 90 Day Fiance show, joined in and called for Big Ed’s removal. Reality Blurb reminded readers that Ricky featured on Before The 90 Days, Season 2. They noted that Ricky Reyes, who was still legally married to his second wife Natalia, “may have faked his storyline.” In fact, many fans thought he went “on the show for the sole purposes of promoting his film production company.”

Ricky, it emerged, possibly remained married to his wife Natalia. That got revealed after he went off to hook up with Melissa in Columbia. But, in a twist, he ended up with Ximena Parra and proposed to her. She accepted, but rumors said he and Natalia maintained their marriage at the time. Back in 2o18, Ximena reportedly left Ricky and went off to study at college. So, when it comes to disapproval from fans, Ricky’s no stranger.

Now, he shared on his Instagram that he wants Big Ed removed by TLC. It seems he set himself up as a bit of sleuth and thinks he’s got sufficient evidence to get Big Ed taken down. In his post, he wrote, “I was thinking long and hard about this.” Ricky said that at first, he rooted for Big Ed. But he noted, “I was then sent many details of what he has done.” Rick talked about how Ed embarrassed Rose when he bought her “hygiene” products on the 90 Day Fiance show. He also felt that Ed “humiliated” a whole country, (The Philippines, presumably).

More accusations pointed out by Ricky

Ricky also talked about how Ed got accused of “putting a woman in a headlock.” Plus, he talked about the  s*xual harassment claim. He also mentioned that Ed talks to “minors on social media.“ Then, Big Ed seemingly committed the sin of “thinking he is above all prior and current cast members.” Ricky also noted that no apology ever came from Big Ed and he makes a “profit from ‘Big Ed’ corona masks.” Ricky since deleted his original post but Blogger John Yates shared a screenshot on his account.

The 90 Day Fiance alum said that he “made the decision to tag @TLC and #cancelbiged.” Ricky noted, “These networks have a decision to make and perhaps for once an explanation.”

What do you think about controversial character, Ricky Reyes, calling for Big Ed’s removal from 90 Day Fiance? Sound off in the comments below.