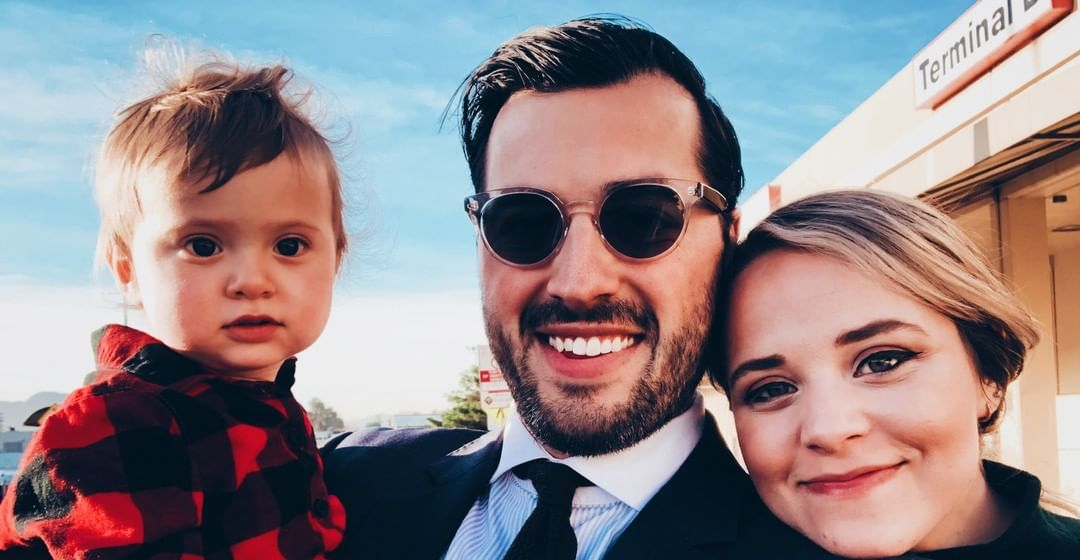 Just 48 hours ago Jinger and Jeremy Vuolo revealed they were expecting a baby girl. This is something those who follow the Duggar family have expected for a while. In fact, many believed Jinger showed signs of being pregnant for some time now. While Counting On fans are always excited to learn of a new pregnancy… Some are starting to question if the Vuolo family is over doing it.

Can fans expect daily pregnancy updates from Jinger and Jeremy?

In the 48 hours since the news broke… Jinger and her husband Jeremy have posted on Instagram six times. Each post related to the pregnancy in some way. Is it possible they are milking the pregnancy? The Duggar Snark community certainly seems to think so. 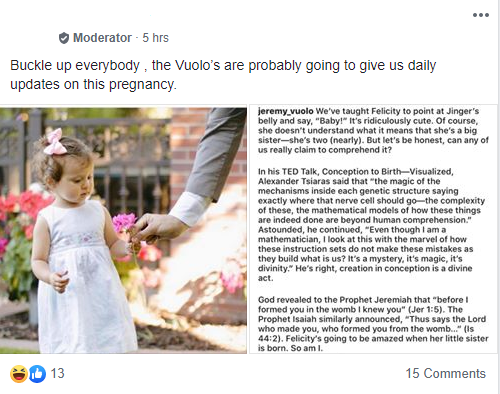 Here’s what other Duggar snarks had to say about the constant pregnancy updates:

Unsurprisingly, Jinger and her husband Jeremy Vuolo are also a hot topic on the Subreddit Duggar Snark. One thread slams their PR team for “slacking off.” The original poster proceeds to question why the duo have two separate Instagram posts if they are going to continue to post similar content on a daily basis.

In the thread, Duggar Snarks agreed there was no way Jinger Vuolo wrote her own Instagram posts. Given the lack of education children got in the Duggar household… No one seemed to believe the articulate post came from Jinger.

“I can’t imagine Jinger being this articulate,” One Duggar Snark noted. Another agreed: “there’s no way jing wrote this. ‘sadness cloaked my soul’, really?”

Many Counting On followers and Duggar Snarks were not feeling Jeremy’s updates.

As those who follow the duo know, they’ve also shared a wealth of pregnancy-related content on their Instagram Stories. Most of the content, however, just referenced posts on their profile. Jeremy, for example, posted on his Instagram Story encouraging his followers to check Jinger’s profile. This only added fuel to the fire. Many continue to bash the couple for using the pregnancy to stay relevant and gain followers.

So, do you think Jeremy and Jinger Vuolo are milking this pregnancy? Sound off in the comments down below!