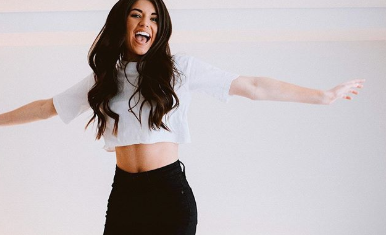 Not many people had the same journey Madison Prewett did on The Bachelor. Not only did she leave and come back but she got dragged on TV by her boyfriend’s mom. No one is forgetting Barbara Weber going full momzilla on After the Final Rose. Madison said she cried for a long time after Barb’s attack. She said in hindsight, she wished she would have apologized, but she felt hurt. She felt like it took away from Peter and her fighting for their relationship.

Despite rumors she had started dating Connor Saeli, Madison is reportedly single. She went through a lot on the show especially when she gave Peter Weber an ultimatum before fantasy suites. Many fans wondered why she came on if she was saving herself for marriage. A lot of fans praised her for staying true to herself and saying Peter had a choice. Either way, she went through a lot of emotional trauma to get to the end of her relationship with Peter Weber.

Madison had it bad after the finale aired as well. Both Peter and Nick Viall said she was a liar. Not to mention, she had to watch back everything that happened while wrestling with her emotions about everything. With all the drama she faced and criticism, it makes sense she doesn’t want to date right now.

which mood are you

Why Does Madison Prewett Want To Put Dating On Pause?

Madison said when she goes through a big transition she likes to take time to make sure her heart is in the best place. According to Cosmo, she said she makes sure, “that her heart, mind, and body are all healthy.” She wants to be her best self before moving into a new relationship.

If she’s asked if she’s on Tinder or other dating apps, she is clear, and she says she’s not looking right now. She said, “I really haven’t even considered dates or anything like that. Anybody who’s asked, I’ve just been like, ‘Look, I’m just focusing on myself right now.'”

Why Did Fans Think She Was Dating Connor Saeli?

In an Instagram live with Mike Johnson, Connor was asked if he’d date Madison Prewett. He acted all shy, leading fans to think there was something going on. Madison denied that was the case. She said, “he seems like a really sweet guy and he reached out right after the finale and just sent some encouragement and some support—really sweet, but that is it.”

She went on to say they weren’t together and she is focusing on herself. Fans will keep their eye out for any flirting going on over social media for Madison since quarantine has really changed the way people connect. Hopefully, she’ll be able to find a basketball-loving southerner to sweep her off her feet.