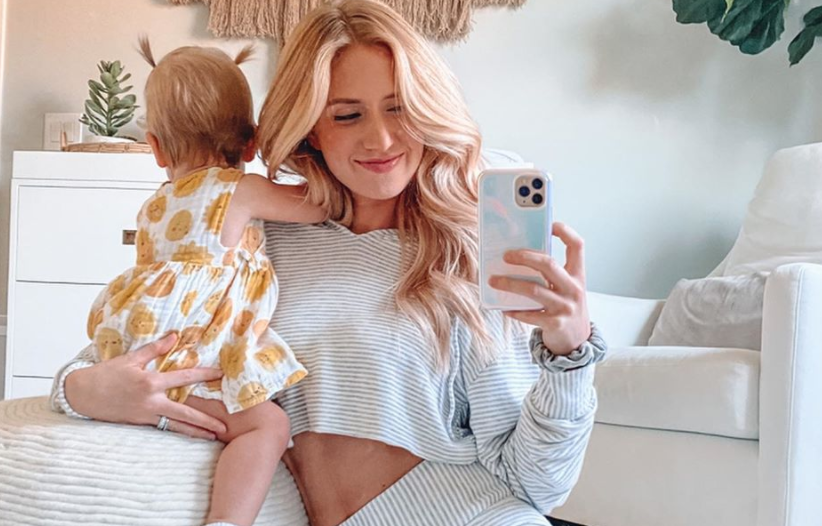 ‘The Bachelor’ couple Arie Luyendyk Jr. and Lauren Burnham recently welcomed their little girl into the world. Now the couple is talking about their thoughts on baby number two.

Will the ‘The Bachelor’ couple have another?

Apparently this question was hard for them to answer at the end of Lauren’s first pregnancy with her daughter Alessi. She wasn’t sure she could ever go through what she was going through then ever again, US Weekly reports.

“It was the end of my pregnancy that really made me question it. It was really difficult. I could barely breathe or talk. I think I just had way too much ice cream, so I gained a lot more weight than I should have, and it made things really difficult for me. So I won’t do that the next time,” Lauren revealed.

Since the birth of their baby girl, they have decided they will have more children. Although, Lauren may be doing things a bit differently the next time around.

Lauren went on to say that she actually gained 50 pounds during her pregnancy. Apparently, even her doctor noticed how many extra desserts she was eating and how much extra weight she was putting on.

“My doctor was like, ‘Lauren, it may be time to calm down on the desserts,'” Lauren said.

How has she been since pregnancy?

Despite it taking longer than she thought it would, Lauren is happy with how her body looks again. Her daughter was born in May 2019, so it’s been about a year. The only change she still notices is the fact that her stomach skin has stretched out quite a bit.

“I feel like I have a lot more skin on my stomach now. My skin never stretched out as much as it does. So that’s the one thing I’ve had to get used to, but it’s not really a big deal.”

As for a timeline with a second pregnancy, it doesn’t look like anything has been announced yet. Of course, it will likely be all over Instagram once the two do finally make the grand announcement. Until then, photos of their sweet daughter will just have to do.

Do you want Arie and Lauren to have another baby? Let us know what you think in the comments. Be sure to come back to TV Shows Ace for news on all of your favorite Bachelor Nation stars.