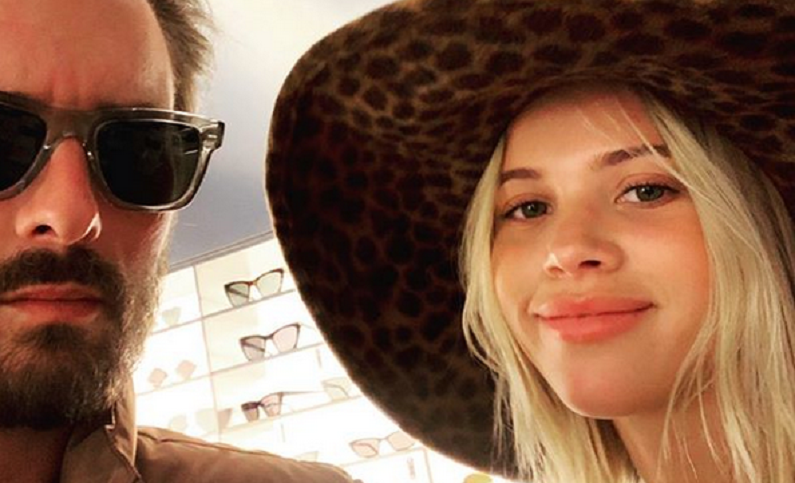 Scott Disick and Sofia Richie officially split. Ending their relationship after three years of dating. While the couple has “split,” they’re still in touch, according to insiders. The 37-year-old was just spotted for the first time since his rehab stint and breakup with Sofia Richie. Fans spotted him On Wednesday, May 27 in Calabasas, California with a “Stay Home” T-shirt from his Talentless clothing company.

Scott Disick and Sofia Richie ended their relationship on their own terms. This comes after the 21-year-old model was spotted with a mystery man in recent weeks. Insiders close to the couple revealed that they want to focus on themselves during this time.

The details behind Scott Disick and Sofia Richie’s split

An insider confirmed to E! News that Scott Disick and Sofia Richie have called it quits after three years of dating. While they have technically broken up, they’re still in touch. The insider told the outlet that the couple didn’t have a dramatic fight. Nothing bad happened between them. Sofia wants to “do her own thing,” while Scott “take[s] care of his health.”

The couple’s split comes less than a week after reports revealed that the reality star and starlet were “on a break.” Earlier this month, Scott checked into rehab to address “past traumas” related to the deaths of his parents. However, he checked out of the Colorado facility over privacy concerns. A photo of Scott at the facility was leaked by a faculty member without his consent.

“Scott is in an OK place right now and is trying to get better and focus on work, but he has to prove himself,” an insider told Us Weekly at the time. Another source told the magazine that Sofia “noticed a change” in her boyfriend prior to his rehab stint, so he “made the decision to get help for himself and for their relationship.”

The Flip it Like Disick star and Sofia’s relationship was much stronger in December 2019. At the time, an insider told Us Weekly that they were “so committed to one another.” They also discussed the idea of marriage.

Reports surfaced that Scott Disick is currently vacationing with Kourtney Kardashian and their kids. He celebrated his 37th birthday over the weekend. Kourtney revealed to her followers that she wanted to go on an “escape.” She traveled to Lake Powell, Utah with their three kids, Mason, 10, Penelope, 7, and Reign, 5.

It appears that Scott is in a much better place mentally than he was this month. An insider source spoke to Clever News on the details about their family trip.

Escape to the desert 🌵🐫🌞

“Scott went with Kourtney and the kids to Amangiri to celebrate his birthday and enjoy the holiday weekend,” the insider explained. “He is doing a lot better and is focused on healing. He’s talked with a few therapists who are helping him talk through his struggle and navigate his next moves.”

The insider also revealed that Scott is taking his treatment seriously. Kourtney knows how to take care of Scott and he’s in a better frame of mind when he’s around his kids. She has been supportive of his rehab exit and can relate to his privacy concerns.

Kourtney has been sharing photos of their family trip on her Instagram. Speaking of Instagram, there was already speculation that Sofia and Scott broke up when Sofia posted the following photo on her Instagram account. There was no happy birthday message for Scott. She just posted some solo shots of herself modeling.

Will Sofia and Scott reunite in the future?

There’s hope that the former exes could reunite. An insider told E! News that “it’s very likely they will reconcile” in the near future. Sofia wanted to get closer to the Kardashian-Jenner family and wanted to support their business endeavors.

Sofia and Scott moved in together in Calabasas prior to their split. The model made her debut on Season 17 of Keeping Up With the Kardashians.

What are your thoughts on Scott Disick and Sofia Richie’s breakup? Do you think the couple will reunite? Sound off below in the comments section.