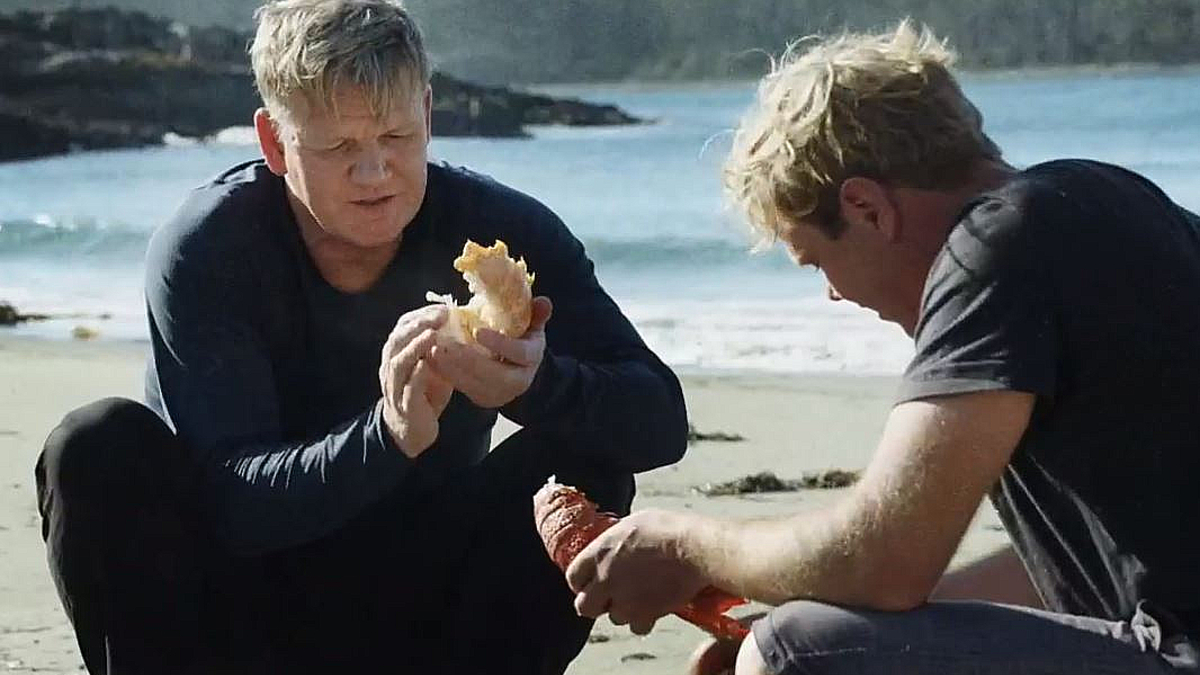 Gordon Ramsay: Uncharted is back for season two and promises an amazing roundup of the exotic and the familiar for viewers.

Not just a cooking show, but Ramsay’s immersive and physical deep dive into cultures and places is what makes this food and travel show a standout for National Geographic Channel.

Uncharted is the vision of an intrepid chef who fears no food or country.

Given Ramsay’s background of moving from his birthplace of Scotland to England and then on to run some of the most prestigious dining rooms in the world at a very young age, too, you could say he has been training for Uncharted his entire life.

Today Ramsay is one of the richest and most successful chef-preneurs around. He has five children and a charitable organization he and his wife Tana run called The Gordon and Tana Ramsay Foundation — which benefits very sick children in the UK.

This multi-Michelin-star chef and Ironman athlete continues his adventure, and the cameras will follow Ramsay as he learns of world cultures through food.
“We’ re exploring seven new regions this season, each with vastly different culinary customs and history,” said Ramsay in a press release from NGC. “We get the opportunity to learn from the locals and hear their stories, and that gives us a much deeper experience and understanding of the world around us.”

Ramsay feasts his way through Tasmania, South Africa, Indonesia, Louisiana, Norway, India and Guyana, venturing even more off grid and off recipe to explore new cuisines.

The challenges include “scaling mountains, battling 10-foot waves, braving frigid temperatures and bushwhacking his way through the backcountry to forage for some of the finest ingredients in the world.”

Gordon will swim with the sharks, and run with the bulls. He even eats fried spiders.

Some of the adventures — culinary and otherwise — that Ramsay will experience this season
include:

Off the coast of southern Australia. He will swim in shark-infested waters for giant saltwater spiny lobsters; avoiding venomous snakes in the bush while foraging for local herbs; and soaring in a seaplane to the rugged interior to fly-fish for trout and extract one-of-a-kind honey, all before facing off against
culinary nomad Analiese Gregory to prepare an epic feast.

He finds himself with rhinos, giraffes, zebras and hippos in the dramatic wilderness of KwaZulu-Natal, South Africa, as he makes a feast based on Zulu
warriors and masters using a local “braai.” He leaps from a helicopter into the raging Indian Ocean, harvests mussels on treacherous rocks and immerses into the local township culture, all before cooking with beloved local chef Zola Nene for a revered Zulu chief.

Time to get into the swamp: Louisiana’s Cajun cooking is what’s for dinner as Eric Cook— a former Marine turned celebrated chef —  sends him off to get lost in the marsh and see what he brings back. In his quest, Ramsay faces down dangerous and delicious creatures from deep in the swamps.

The Indonesian island of Sumatra is where he becomes a deckhand in the open ocean, exploring a daunting cave system, milking buffalo too. Ramsay finds his commitment to world class cooking put to the test.With Indonesia’s own top chef, William Wongso, looking over his
shoulder.

The South American rainforest to explore the culinary roots of Guyana. After rappelling from a helicopter into the jungle, he hunts for toothy caiman with his
bare hands, fishes for piranha with a bamboo rod and crafts his own arrow to bow fish for arowana. With his jungle provisions, he will cook with local rising culinary star Delvin Adams to cook a feast for the local Amerindian tribe.

From the coast to the mountains of southern India, the complex flavors of the region known as the spice trade capital of the world. He battles ocean waves with a giant fishing net, fights the searing sting of fire ants, speeds through hilly dirt roads in a tiny rally car, he cooks with tough-as-nails chef, food historian and television host Shri Bala takes Ramsay under her wing and gives him a lesson on India’s celebrated spice history.

The Vikings of Norway offer elusive flavors, from shellfish in the frigid waters of the fjords, or Ramsay’s wrangling of a stomping herd of reindeer with the Sami people, he tests some fermented fish and eats sheep’s head, all before putting his new skills to the test to prepare a Christmas feast with local chef Christopher Haatuft.

TV Shows Ace has made this one in the test kitchen and its marvelous and quite easy. Go for it!

This recipe is inspired by Gordon’s culinary journeys in India, as seen on the National Geographic series Gordon Ramsay: Uncharted.

Southern India’s coastline in the Indian states of Kerala and Karnataka is what helped shape the cuisine. The flavorful basmati rice pudding mixes cardamom, milk, coffee liqueur and jaggery sugar to create a traditional dessert delicacy.