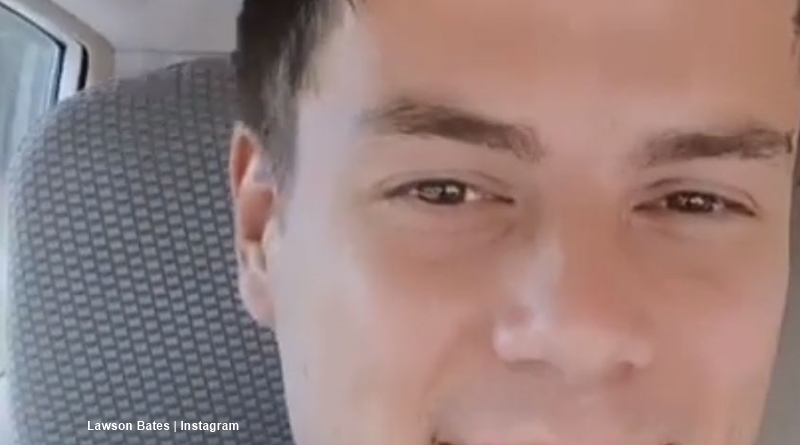 Bringing Up Bates fans heard that Lawson Bates ended up in the ER over the Memorial weekend. He showed them the wound on his head and explained he got a concussion. Fans begged him to tell them what happened. However, feeling unwell, promised he’d fill them in later. Now, he revealed how he ended up at the hospital.

TV Shows Ace reported this week, that Lawson shared a short clip on his Instagram. He showed fans stitches in his head and said he landed up “in the ER.” But, he added that he felt rather unwell. Nevertheless, he promised more info once he felt a bit better.  On his Instagram Stories, he shared a photo of him lying on a gurney. He said that he felt so out of it. He can’t recall who took the photo. But, he disclosed that he suffered a concussion.

Naturally, fans pleaded for more details. But, he never replied at the time. Many fans sent their prayers his way and hoped that he recovers quickly. Others suggested he settle down and stop with his”adventuring.” Well, it turns out that Lawson hurt himself while out enjoying himself. The Bringing Up Bates star updated his fans in another short video on Wednesday night. Like Gil Bates, it seems his competitive spirit got the better of him.

Lawson told fans that he just popped in and updated them about his accident. He said that while in “East Tennessee,” he “had a dirt bike accident.” It came when he lost control and hit a “tree head-on.” While his stitches and the wound look much better now, it could have been much worse. Naturally, relieved fans commented on his post. One very relieved fan wrote, “Praise The Lord your doing better Lawson. My family and I has been praying for you and the family May God continue to bless y’all 🙏 Stay Safe, (sic).”

Some Bringing Up Bates fans gave Lawson some advice. One told him, “No screen time for concussion recovery. I hope they told you that. Even for a mild concussion. See a neurologist.” Most of them suggested that the young man behaves and gets a lot of rest. After all, concussion’s nothing to sneeze, at fans think.

One observant follower noted that his eyes sill look a bit off. They noted, “your eyes still don’t [look] great! Get some rest and do what the doctor says.”

Hey guys, thank you for your kindness and concern. I’m doing better and will be 100% real soon. Stay safe all 💙

Most Bringing Up Bates fans continue praying for Lawson as he recovers. As so many of them mentioned, he’s a good person with a great future and always cares more about others than himself. Now, he should relax and let others look after him, for a change. Do you agree? Sound off in the comments below.