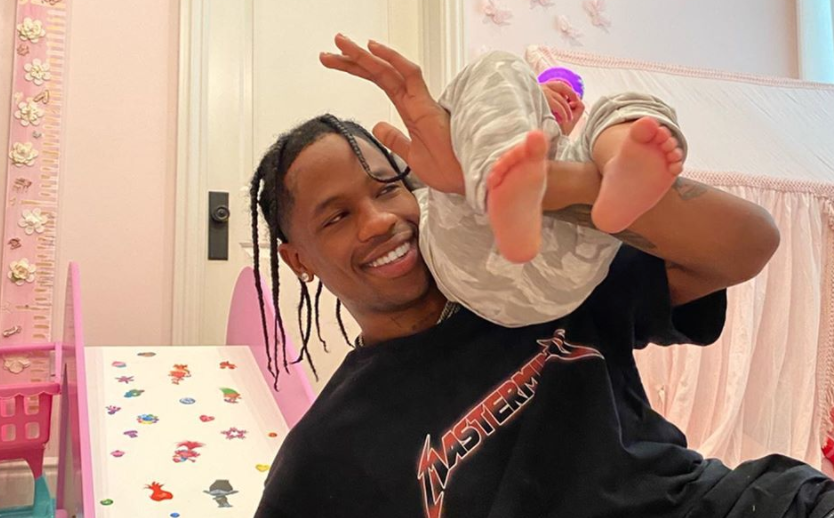 Kylie Jenner and Travis Scott have had a complicated relationship over the past couple of years. However, Travis is talking about an older relationship of his now.

Travis was in a relationship with Rihanna before he was in a serious relationship with his baby mama, Kylie Jenner. This was back in 2015. Travis was trying to keep the relationship a secret. However, Lawrence Schlossman admits to spilling that tea according to US Weekly. Currently, Lawerence is a co-host on the podcast: Throwing Fits.

He revealed that it really hurt his relationship with Travis Scott.

“I broke the news about him and Rihanna, which they told me not to do,” he said “Apparently, what LaPuma, our boy Joe The Puma, told me was that it hurt Complex’s relationship with Travis. This was in 2015/16 I wrote this. But apparently, for the next couple of years, he would complain about that.”

So why was it a secret? Well apparently it was mutual between the two. According to US Weekly, they were both a little embarrassed about the situation, so they decided to just keep it a secret.

Sources do say though that when they were together, they didn’t really try to hide or anything. The couple was even spotted out together a source said.

“They were dancing extremely close,” the source said.

The source continued saying: “They are totally together. They weren’t hiding at all.”

When does Kylie Jenner come into play?

So when did Travis and Kylie get together? That was in 2017 after Kylie and Tyga broke up. Of course, shortly after that, they found out they were having their baby girl, Stormi. Since then they were together for a while. Then, they had a breakup. But, they actually quarantined together. They seem to be pretty cozy so there is a lot of speculation that they are fully dating again.

DADA 🤍 happy birthday to daddy of the year! i’m slowly but surely starting to accept the fact that storm is a daddy’s girl. 😫 but whatever. we went half on greatness! the most beautiful, smart, loving and funny little baby. the best gift. ok i’m crying. love you forever! @travisscott

Kris Jenner says that if they do get back together, Travis better be ready to propose. Apparently, that’s the level of commitment Kylie is looking for right now. It makes sense, after all they do have a baby together. Kylie is a very family-oriented type, so this is no surprise.

What do you think of Travis and Rihanna? Did you like them together, or did you think it was weird? Let us know what you think in the comments below. Be sure to come back to TV Shows Ace for news on all of your favorite KUWTK stars.