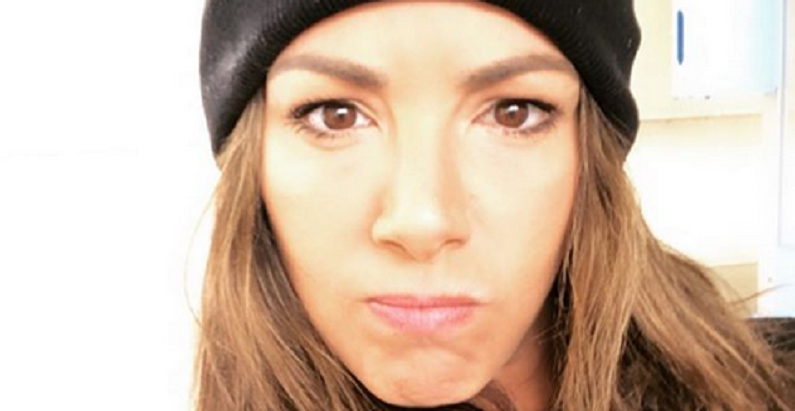 Kristen Doute is not a fan of Season 8 of Vanderpump Rules. It was her most difficult season yet. It was even tougher than that time she slept with Stassi Schroeder’s then-boyfriend Jax Taylor. But she’s no longer friends with Stassi or Katie Maloney-Schwartz, and it was all because of her hot-and-cold relationship with Brian Carter.

The VPR star didn’t hold back on her feelings about this season. She feels that Season 8 “sucked.” Kristen also feels that Scheana Shay was the underdog of the season. This comes after Tom Sandoval and Ariana Madix shared their support the VPR editor drama.

Kristen Doute feels that this season of Vanderpump Rules “sucked”

Kristen Doute made an appearance on the “Mention It All” podcast. She reflected on her time on Vanderpump Rules. The reality star admitted that she wasn’t feeling this season. And it’s not because of her falling out with Stassi and Katie. It’s because they had too many new people on the show.

“We had 55 new cast members, that I really didn’t care about to get to know a lot of people who were thrown in my life when I had all these momentous moments going on,” Kristen Doute explained, per Reality Tea. “A lot of people are like, ‘Oh these new cast members are so thirsty.’ And I’m like, ‘Well, we’re all on a reality show.’ Are we not all a little thirsty to be on TV?”

Kristen has a healthy perspective of this season. Many Vanderpump Rules viewers share similar sentiments. There was too much focus on the new cast members. Others didn’t like the focus on Jax Taylor and Brittany Cartwright’s wedding. They wished that the storylines were fleshed out better.

in the words of the Grateful Dead what a long, strange trip it’s been…! #pumprules SEASON finale TONIGHT 🥂

However, Kristen isn’t throwing shade at the new cast members. She has no issue with new people joining the show. She just feels that there were too many faces in one season. Like most, Kristen feels that most of them didn’t fit in well with the rest of the cast.

“I just don’t think they were integrated very well,” Kristen continued. “I think [it might have worked] with a couple at a time, but throwing in that many people at us… and granted they work for Lisa Vanderpump.”

Kristen spoke for many viewers who feel that this season “sucked.” However, she feels that the season sucked for some different reasons. She mean that it “really sucked” for her to film because it put her in a bad light.

VPR star feels Scheana Shay carried the season on her back

Of course, there were too many people to keep track of on Vanderpump Rules. It didn’t make sense for the show to add so many new faces in one season. But Scheana Shay managed to bridge the gap between the longtime cast members and the new ones. Kristen Doute said that she has a newfound respect for Scheana.

“I think she’s taken such a beating on this show,” Kristen said, per Reality Tea. “I feel like Scheana really carried this show on her f***ing back this season. She was the only olive branch between the OG’s and the new cast members.”

happy new year around the sun, bean! @scheana i love you for your heart, your soul and your miniature stature. 🥳 I’m so proud of the woman you’ve become and so grateful for the friend that you are to me. 💖choosing these photos was so easy because you are 🔥 gurrrrl! HBD 🤟🏽

Kristen Doute feels that Scheana Shay has come out much stronger for it. Her fellow cast member wanted to share more of her story this season. But she was seen as a boy crazy, middle-aged waitress. She found herself in the middle of the Max Boyens and Brett Caprioni drama. According to Kristen, if it weren’t for Scheana, there would have been no connection between the newbies and the originals.

Check back with TV Shows Ace for the latest news on Kristen Doute.