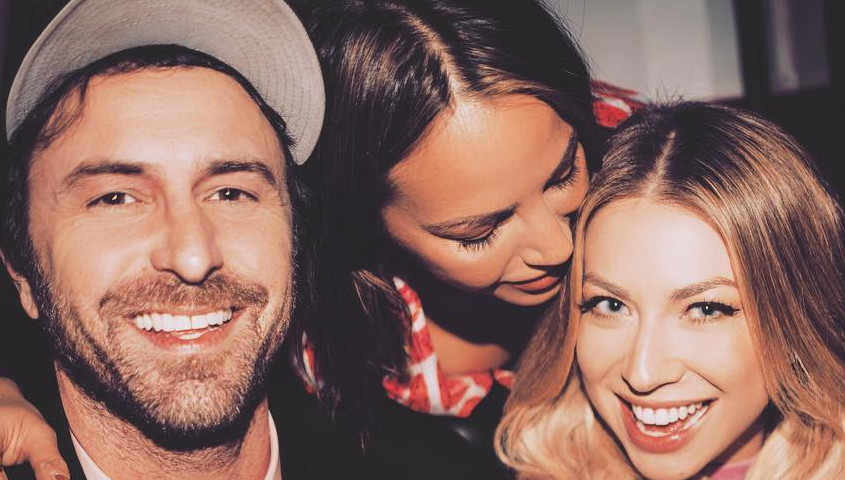 Vanderpump Rules star Kristen Doute is as puzzled as viewers about her feud with former BFFs Katie Maloney and Stassi Schroeder. The self-dubbed ‘Witches of WeHo’ have been on the outs for almost a year now, the James Mae designer reveals.

Kristen opens up in a new interview about the feud and her tenuous friendship with Beau Clark. How did Kristen react to seeing VPR star Lisa Vanderpump defend her to Stassi?

The VPR star recently video chatted with People TV. Kristen was asked to explain what happened in her friendship with Katie and Stassi. However, Kristen doesn’t have an answer, Reality Blurb reports.

She says that she is watching it all unfold on TV as viewers are, hoping to stumble upon a concrete reason for the falling out. Kristen points out that her former friends keep moving the goalpost about what happened between them.

As Kristen points out, the feud is about her ex, Brian Carter, in one episode and about something else in another. She says,

“I’m still not sure [what feud is about] because it feels the narrative is ever-changing as each episode passes by as to what this giant, massive friend breakup could be about.”

Katie and Stassi explained their side of the feud recently. Kristen asked them for help in opening up on the show about her relationship, only to defend Carter once the cameras were rolling, TV Shows Ace reports.

She Would Give Their Friendship ‘Another Chance’

Kristen is missing from a lot of VPR events because of the feud. She didn’t go to Katie’s second wedding in Las Vegas. Kristen was also absent for Stassi and Beau Clark’s engagement party, which didn’t sit right with even Lisa Vanderpump.

Despite the cold chill with Katie and Stassi, Kristen is still open to giving them “another chance.” However, it would have to be two separate conversations because Katie and Stassi have “the same views.”

While speaking to People, Kristen brings up something Stassi said to Lisa earlier this season. Stassi said that it can be hard to stay friends with someone who isn’t growing, clearly referring to Kristen.

Kristen thought it was “interesting” because she feels she’s the one who has grown, not Stassi. In fact, Kristen says the friendship would have to “redevelop” because “we have all grown in different ways.”

It’s no secret that Kristen is the one who introduced Stassi to her now-fiancé, Beau. As TV Shows Ace reported, even Carter reminded Stassi and Beau of that little fact after their engagement.

During a recent episode of VPR, Beau and Kristen argued over whether they are still friends or not. Beau said that Stassi is all he cares about. Kristen explains to People why that triggered such a response in her.

She says that she worries Beau is “losing himself” in Stassi.

Kristen was never one of Lisa Vanderpump’s favorite SURvers. In fact, Kristen was fired from SUR during Season 3. However, Lisa is on Kristen’s side over the engagement party snub. Lisa feels Kristen should have been included.

The VPR star weighed in to People on why she thinks Lisa defended her. Kristen said, “I think Lisa had gone through so much and I think it softened her to me.”

Kristen also said she is grateful for the “kind words” Lisa said about her.

Tell us in the comments if you think Kristen should have gotten an invite to Stassi’s engagement party.

Season 8 of Vanderpump Rules airs Tuesdays. The season finale will air on May 15, 2020 on Bravo. Check out the preview of the next episode below.

Andrew Spencer Shares Heartfelt Message, Has ‘Bachelor’ Nation Request
Todd Chrisley Slides Into Chase’s Girlfriend Emmy Medders’ DMs
‘General Hospital’ Spoilers: Is A Maxie Recast On The Way?
Javi Marroquin Calls Cops On Lauren Comeau For Abuse, Guess Who Has His Back On This?
Kyle Chrisley Reflects On Betraying His Father