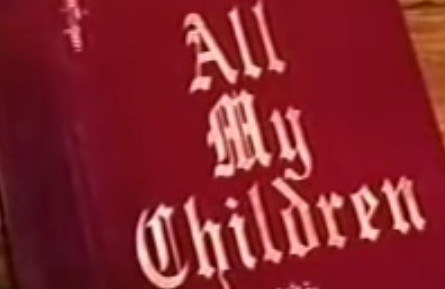 The success of ABC’s soap opera special The Story of Soaps is paying off for fans of the soap opera All My Children. Part of the cast will reunite for daily zoom chats next week.

Just days after the ABC special brought in huge ratings, Entertainment Weekly brought Christmas to May for soap fans. Consequently, the next installment of their #UnitedAtHome virtual reunion will bring together actors from the beloved soap All My Children.

In 2011, ABC chose to cancel the iconic daytime drama to make room for lifestyle show The Chew. One Life to Live was also cancelled by ABC at the same time.

Both OLTL and AMC went to the production company Prospect Park. Furthermore, the soaps were intended to develop into a web series. However, after an ill-fated season, both shows were cancelled for a second time.

She also took part in ABC’s The Story of Soaps.

List of Actors Taking Part in the Epic Reunion

Nearly 30 AMC cast members will reunite throughout the week beginning Tuesday, May 26.

In particular, EW lists the follow actors as participating in the reunion:

EW Reunions: #UnitedAtHome is proud to host a week of #AllMyChildren cast reunions! Starting Tues, 5/26, stars from the iconic soap will gather to bring fans joy during quarantine. https://t.co/LDoUONerTK

How to Watch the All My Children Reunion

The #UnitedAtHome series featuring All My Children stars will air in five parts. The first episode will drop at 10 a.m. on Tuesday, May 25. Kelly Ripa, Mark Consuelo, Eva LaRue and Sydney Penny are the guests on the first episode.

Each episode will drop at 10 a.m., with two episodes on Friday, May 29. Fans can stream the virtual reunion on EW.com or PeopleTV.com.

Tell us in the comments which cancelled soap you’d like to see reunite next.