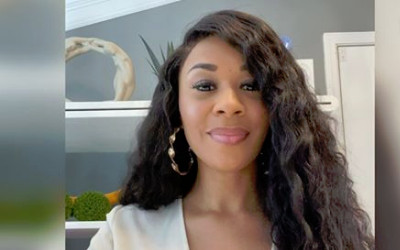 The Real Housewives of Atlanta Season 12 ended with a bang. Or the sound of a laptop slowly closing as NeNe Leakes went offline and never came back.

What prompted the RHOA OG to skip out on the third, and final, part of tense virtual reunion? Plus, shocking cast upheaval reported for Season 13.

Why Did NeNe Exit the RHOA Reunion?

Did Yovanna bring the drama as promised?

Early on in Season 12, a rumor started that Cynthia Bailey was recorded dissing NeNe. At the time, no one knew who had the alleged audio or who spilled that it existed. Much of the season focused on outing “the snake.”

As the season winded down, Yovanna admitted to starting the rumor. However, she reveals at the reunion that the audio never actually existed, nor was it her idea.

According to Yovanna, NeNe is the one who requested that she record incriminating footage of Cynthia. Yovanna further alleges that she was meant to record everyone. At the reunion, Yovanna said,

“Not only did [NeNe] ask me to record Ms. Cynthia Bailey, but she told me she wanted me to record every single body that’s sitting right here.”

NeNe, of course, wasn’t there any longer to defend herself. However, People reports that NeNe sent Yovanna a cease and desist lawyer prior to the reunion to keep her silent.

While some RHOA stars, such as Cynthia, believed Yovanna over NeNe, not everyone was so eager to throw NeNe under the bus.

Kandi Buress, who recently won The Masked Singer, pointed out that Yovanna getting close to the other ladies on NeNe’s behest was “not cool.”

For her part, Yovanna claims that NeNe removing herself from the reunion was “proof enough” that she was telling the truth.

During Season 12, Yovanna served in a part-time ‘friend of’ role, despite being in the middle of the drama. TMZ reports that her reunion performance earned Yovanna a full-time, peach-holding role for the show’s upcoming Season 13.

Fans on Twitter were less than thrilled with the news. One fan suggests that Yovanna was in “cahoots” with RHOA star Eve Marcille to take NeNe down.

These two have to be in cahoots, no? I'm getting the vibe that Eva campaigned to get Yovanna on the #RHOAReunion and that they synced to get their story straight so she could try to take NeNe down (and it didn't work). #RHOA pic.twitter.com/8wv84NhDjL

Tell us in the comments if you think NeNe was behind Snakegate all along.

The Real Housewives of Atlanta wraps up Season 12 for now. Check back with us at TV Shows Ace for news of when it will return to Bravo with a new season.