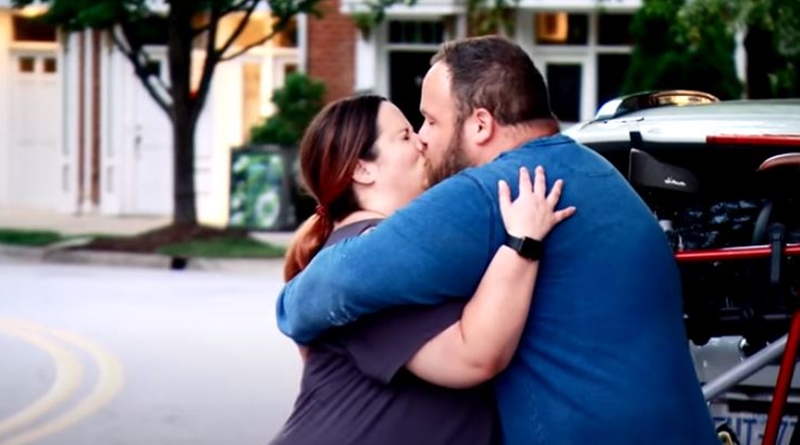 MBFFL star, Whitney Way Thore split from Chase Severino. Many fans felt their whole storyline seemed fake. And, some of them wondered if the split meant TLC would not renew the show. But, going by what her friend Buddy Bell says, probably they consider one. In fact, he feels “excited about her future.”

TV Shows Ace reported that Whitney Way Thore and Chase Severino critics think they never really fell in love. After news of the split came out, we noted that the baby Chase expects could throw a spanner in the works for a new season. If fake, maybe the baby means a finding new storyline for a new season. In fact, people speculate that possibly a new season could involve Buddy Bell and Whitney Way Thore. We noted that Whitney got “handsy” with Buddy in the last season.

It’s not impossible, therefore,  that a new season of My Big Fat Fabulous Life could focus on them getting it together. We asked, “The show could always return to their relationship and explore the possibility of them hooking up. With Chase out the way, why not? ” Well, whatever happens, it looks like Buddy feels very confident about Whitney’s future. He spoke to Life & Style and noted the MBFFL star’s very “strong” and he feels “exciting” things lie ahead for her.

Buddy told the outlet, Whitney’s “the toughest woman I know and I’m excited about what the future will bring for her.” Actually, Whitney told her fans on Instagram that Buddy delivers food for her as she quarantines with her mom. Now, it turns out that he actually stays with her. He said that this came about when she heard about Chase expecting a baby. Notably, that never came recently. Critics speculated for a long time about his baby.

Buddy said that “since the life-altering news,” she spent way more time with him. Buddy confessed, “I’ve actually been staying and with Whitney since she found out.” Buddy explained that he dealt with “tears” and they talked a lot. But, he also mentioned they hang out together more, doing things like watching movies or “a show.” According to Buddy, they spend a lot of time “laughing.” Well, fans know most friends would try and help someone like the BFFL star. But, their close relationship now seems set for another season.

Perhaps the speculation of the two best friends upping their relationship into a hookup really happens? That might explain why Buddy feels excited about the future for Whitney on My Big Fat Fabulous Life. What do you think? Sound off in the comments below.

Remember to check back with TV Shows Ace often for more news about TLC’s MBFFL.