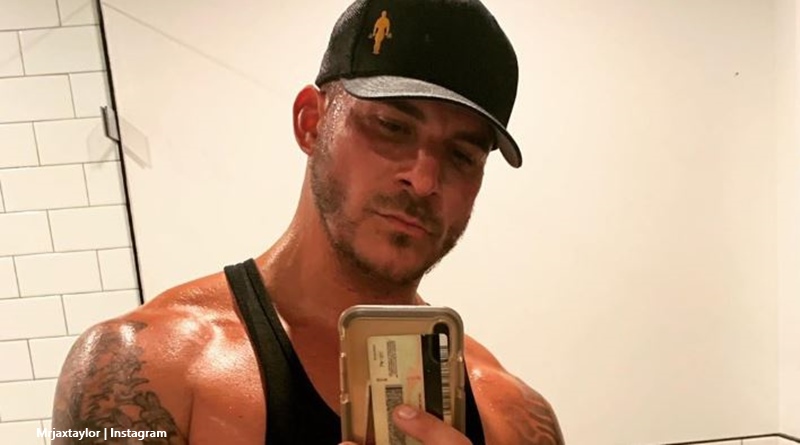 VPR fans saw that Jax Taylor acted strangely during season 8 of the Bravo show. The Vanderpump Rules star got irrationally angry. And, that seems strange as he and Brittany appear happily married. Even Brittany got suspicious, as did the production crew, over his behavior. One issue revolved around him traveling so far away to the gym every day. But, he came up with a simple explanation for it.

TV Shows Ace noted that Jax declared himself unhappy. It seems marriage wasn’t as easy as he thought it might be. After all, fans know that he left the house quite often and headed off to the gym. He seemed so out of sorts that producers even wondered was up with Jax. And, notably, Tom Sandoval, felt that Jax just acted out as he no longer featured as the center of attention after the wedding. One Vanderpump Rules producer noted, “Historically, Jax has acted out and self-sabotaged when things weren’t exciting enough in his life.”‘ So, they blamed the “marriage come-down” for it.

One thing that everyone noticed, including Brittany and the VPR producers included how much time Jax spent at the gym. And, not just any old gym. He picked one about as far as possible from their home. Did he really go to the gym?

Perhaps suspicions of cheating became aroused. After all, Jax cheated before. Actually, in one episode, Jax went to the gym three times in one day. Brittany confronted him. And, he told her that if she doesn’t believe him, she can track him.

Brittany tracks Jax, who has a simple reason for going to a gym far away

Bravo TV reminds readers that after the May 19 episode, Brittany confessed she tracks Jax. But, she noted it’s more for the fact he might “lose his phone.”‘ But, the producers also felt a bit suspicious as Jax drives at least 45 minutes to the “LIT Method gym every day. And, more than once a day. One producer said, “Like, how many gyms did he pass that would’ve been closer?” Well, as far as Jax is concerned, they all stress for nothing.

He really goes to the gym. And, there’s no huge mystery why the VPR star travels that extra distance to the LIT Methods gym. Jax feels that working out helps him when he’s stressed or unhappy.  He said, “The only thing I can do right now to keep myself from going crazy is going to the gym. It’s my therapy.” In fact, Jax often shares his preference for LIT on his Instagram stories. There he can’t say enough about how he likes the program.

Did you know that the producers download the cast members’ stories? Apparently, that’s so they can refer to them if needs be. So, all they discovered about the VPR star, is that he gyms because he likes the LIT Method, and he likes working out for therapeutic reasons. After all that suspicion, he came up with a very simple answer.