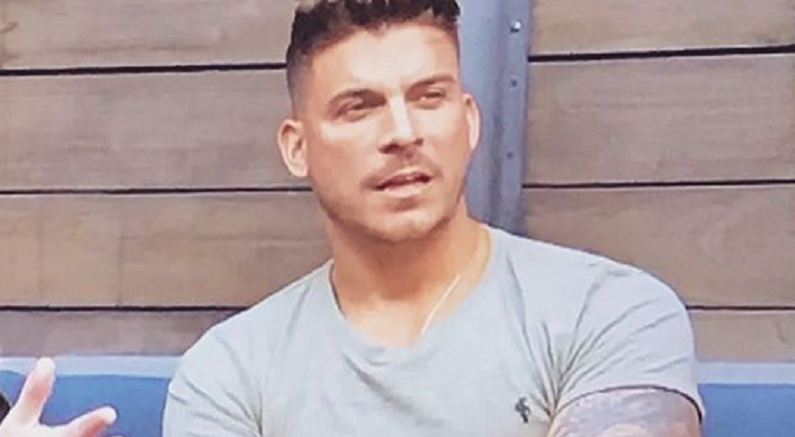 The Vanderpump Rules crew is getting more outspoken. The producers have theories on Jax Taylor’s disturbing behavior in Season 8. On Tuesday night’s episode, Jax admits that he’s “not happy” with his marriage to wife Brittany Cartwright. This led him to escape their house and post video diaries from the gym.

Seems like the behind-the-scenes drama of the Bravo reality series is more entertaining than what’s shown onscreen. Jax went on a journey to find happiness on his own. Meanwhile, producers shared their thoughts on the reality star’s journey. This comes after a Vanderpump Rules editor confessed to making Scheana Shay look as embarrassing as possible.

Per Us Weekly, an enhanced episode of Tuesday night’s episode included comments from the show’s producers. During the episode, fans watched Jax Taylor and Brittany Cartwright’s wedded bliss spiral out of control. The SUR bartender is unhappy just weeks after tying the knot. But one producer claims that Jax is just “acting out” from his “wedding comedown.”

“Historically, Jax has acted out and self-sabotaged when things weren’t exciting enough in his life,” one producer said during the enhanced series that aired on Tuesday, May 12. “It seemed like he was having a wedding comedown … not consciously realizing why he was acting out.”

Tonight is the night, finally…Weddding night!! Everything came together perfectly and I could not be happier. Thanks to all who made this special day so perfect, especially @lorikpublicrelations @revel9 @mitchell_christian_ @lancebass @lisavanderpump to name a few, Just want to apologize that it was so drawn out, Brittany and I have nothing to do with how the show is put together, but thank you kindly for your patience and I hope you enjoy the episode. 📸 @the_malicotes 🕺🏻💍💃🏻 #pumprules #jaxgotitwright We will be celebrating 1 year, June 29th.

The producer revealed that Jax hasn’t changed despite what his friends say. The reality star has moments when he “gets moody and lashes out at people.” The producer also claims that Brittany can’t help her husband when it comes to his behavior. Jax’s journey will continue to unfold on the Season 8 finale of Vanderpump Rules next week.

Scheana Shay just made headlines after an editor confessed to trying to embarrass the “Good as Gold” singer. She previously made it clear that she’s unhappy with her portrayal throughout the season. On Danny Pellegrino’s latest podcast episode, Scheana said that she’s tired of being seen as a “desperate, middle-aged woman.”

Raquel Leviss shares her thoughts on the Jax and Scheana drama

DJ James Kennedy’s girlfriend also appeared on Danny Pellegrino’s podcast, “Everything Iconic.” The Vanderpump Rules cast member addressed different topics related to the show. Raquel also opened up about Jax’s concerning behavior. She said that Jax’s behavior reminds her of James’ past behavior on the show. It all started when Danny asked Raquel if she could stand Jax.

“I can stand Jax but I feel like he’s really digging himself into a really deep hole right now,” Raquel explained. “James has gotten so much s*** for everything he’s done and I feel like now Jax is getting that same [backlash] because he’s losing it a little bit.”

New #pumprules tonight! Are you team SUR or team TOMTOM?

Raquel also dished on Scheana’s love life. She feels that her friend has involved herself in a love triangle.

“Scheana has kind of put herself in this whole love triangle,” the Vanderpump Rules star said. “I’m just happy she has her boyfriend Brock, who I absolutely adore. And I hope when we start filming again that he’ll be a part of filming.”

Raquel also said that she considers Scheana as one of her “three main” friends.