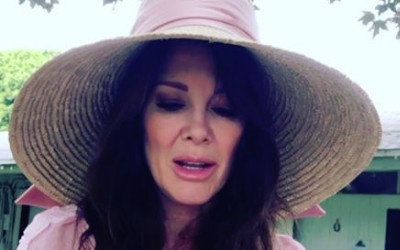 The Real Housewives of Beverly Hills star Kyle Richards is feeling alone this season. After beefing with various co-stars on the show, she calls out another co-star for not having her back.

VPR star Lisa Vanderpump then co-signed a fan’s response reminding Kyle of how she never had Lisa V.’s back.

Lisa Rinna then escalated the clap-back competition with a shady diss of her own.

Kyle Richards Feuding With Co-Stars, Including Denise Richards, on RHOBH

Season 10 of RHOBH has not been on Kyle’s side so far. After Lisa V. left after Season 9, Kyle is the last original cast member standing, though others guest-star occasionally.

After another tense episode aired last Wednesday, the Halloween star took to Twitter to vent her frustration. She called out co-star Lisa Rinna for not having her back. Kyle wrote, “Trying to think of one time anyone defended me.”

Kyle then aimed her tweet directly at her co-star by ending it with, “Maybe now would be a good time Rinna.”

An RHOBH fan reminded Kyle of the Season 9 drama when she didn’t have Lisa V. ‘s back when the SUR owner was under attack from all sides. The fan wrote, “Err you did have a very good friend [in] @LisaVanderpump.”

The fan continued giving Kyle a history lesson. They wrote, “But when she was mourning and going through a difficult time you all turned on her like a pack of wolves.”

As fans know, Lisa V. lost both her brother and mother during filming of Season 9 of RHOBH. She admits now that she should have taken the year off.

Lisa. V. feuded with the other ladies when they accused her of leaking stories to the press to make Dorit look bad.

During Puppygate, Dorit returned an adopted puppy to a regular dog shelter instead of back to Vanderpump Dogs, per her contract.

Even though Lisa V. swears she isn’t watching RHOBH this season, she’s clearly watching Kyle’s Twitter. When Lisa V. saw the exchange between the fan and Kyle, she couldn’t help but chime in.

For someone prim and proper as Lisa V., her response is very different. She summed up her thoughts in two words: “True dat.”

Lisa Rinna is never one to shy away from the chance to throw shade. She recently shared some of her own magazine covers to combat Denise’s jealousy implication. (Denise said the other women wish they were on the magazine covers she’s been on.)

While Denise and Lisa R. are friends, there’s no love lost between her and Lisa V. In fact, Lisa R. is the one who beat the drum that accused Lisa V. of leaking stories about Dorit. (Lisa V. still denies doing so.)

Kyle tagging Lisa R. in the post brought it to the former DOOL star’s attention. In her response, Lisa R. took aim straight at Lisa V. She wrote, “Someone misses being on a hit tv show,” followed by a laughing-crying emoji.

While Lisa V. is still on Vanderpump Rules, the show has taken a beating in the ratings after a dull season. Meanwhile, RHOBH is pulling in its best ratings ever.

Tell us in the comments which star you think came with the best clapback.