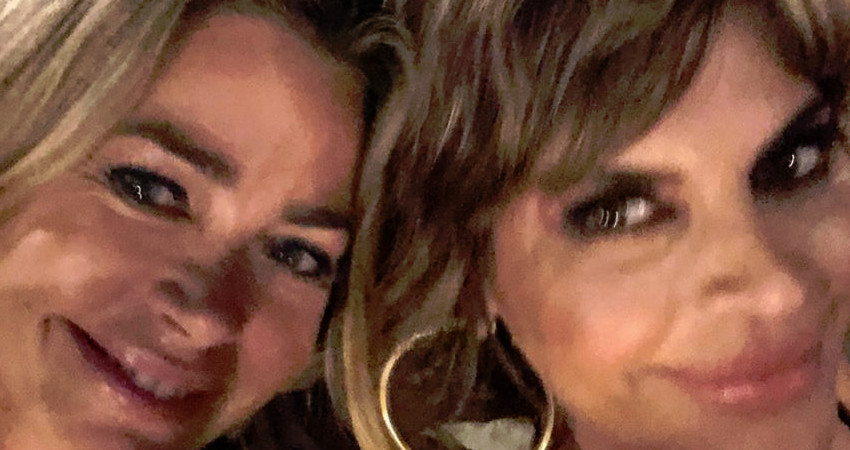 The Real Housewives of Beverly Hills star Lisa Rinna is letting Denise Richards know what’s up. And a picture is worth a thousand words. The photos Lisa recently uploaded to her Instagram spoke volumes.

Footage aired on a recent episode of the Bravo show of Denise implying the other women are jealous of her. Lisa f**king Rinna used her old magazine covers to clap back at Denise.

Denise Says on RHOBH That Her Co-Stars Wish They Were on Magazine Covers, Too

On the May 13th episode, Denise argued with her RHOBH co-star, Kyle Richards. In a one-on-one interview with a producer, Denise snarks, “I’m Denise F**king Richards, Kyle.”

Denise’s argument with Kyle started, in part, because Kyle thinks Denise is glamming it up this season compared to last season. Denise denies that, noting that she’s often coming right to RHOBH events from a film set.

Kyle isn’t the only one who is taking issue with Denise this season. After Denise’s shady comments, Lisa Rinna took to Instagram to share some of her own cover shoots, Us Weekly reports.

But first, Lisa threw some shade on Denise for being upset about her daughters overhearing inappropriate language at an RHOBH party. Denise had it out with Erika Jayne for discussing threesomes in front of Denise’s teenage daughters.

However, an Instagram account posted a series of Denise’s magazine covers that might also be inappropriate, The covers of the magazines allude to drug use and other sketchy stuff. Lisa commented on the post, “And [Denise] is worried about her kids sitting next to us at dinner?”

Lisa took her beef a step further on her own Instagram. The Melrose Place alum posted two of her own Playboy covers with a caption that called out Denise. Lisa wrote, “Well S**t, I only got me two of the covers we’d all want to be on.”

Where Do the Friends Stand Now?

Denise and Lisa have known each other for over 20 years. Will a little shade thrown back and forth ruin their friendship? Denise weighs in.

The RHOBH star was a guest on Wednesday’s Watch What Happens Live. Host Andy Cohen asked Denise directly how things stand between the two actresses.

Denise notes that while things are tense now, “you never know” what will happen in life. She encourages fans to keep watching the show to see how things play out.

The Real Housewives of Beverly Hills continues Wednesdays on Bravo. Check out a preview clip from next week’s episode below.