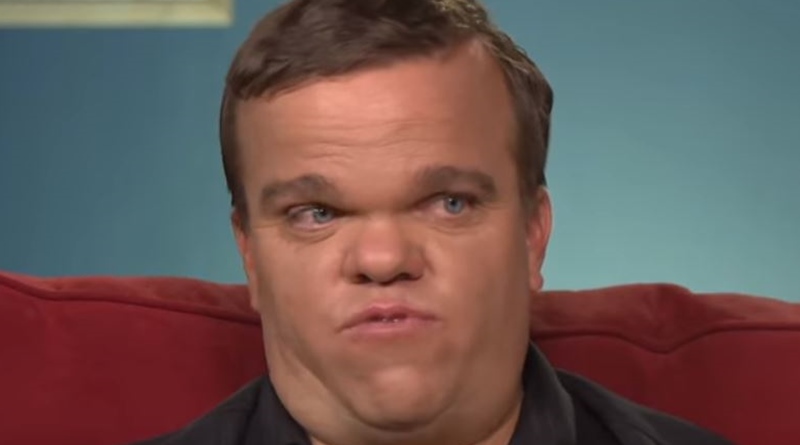 7 little Johnstons fans grew very hot around the collar about Anna in the last episode. Plenty of them took to social media and slammed Trent and Amber for treating her differently from the other kids. Furious, they complained because Anna seemed unhappy about college. Now, he got defensive and pointed out what fans always suspected: Anna’s different from the other kids.

7 little Johnstons -Trent gets very defensive over decisions with Anna

TV Shows Ace reported that Anna took to her Instagram ahead of last week’s episode. She said she posted some “spoilers.” Possibly, the family expected flack from critics. Anna said that she’s very happy in college and it all worked out fine. But obviously, not all viewers of the TLC show follow her on Instagram. So, anger raged when fans watched the show. During the episode, Anna looked and sounded very unhappy.

Afraid of college, she also expressed her frustration because Trent and Amber chose the college for her. Fans already hate the fact that Trent and Amber seem particularly strict with Anna. We reminded fans that Anna “clashed with her parents, Trent and Amber a lot.”  So, this time, they slammed the family for treating Anna so differently from the rest of the kids. Sure, she made a few mistakes, they feel, but what teenager doesn’t? This week, the 7 Little Johnstons patriarch got defensive and explained their stand.

Is it just me or is Anna getting the short end of the stick. She is not a bad kid. Like Jonah failed 1st year and gets a free pass but she gets shipped off without a say at all. Sorry Trent and Amber but you guys are getting this wrong for your daughter. @TLC #7LittleJohnstons

The main complaint from critics of the show is that Trent and Amber seem harsher with Anna. The other kids seem to get away with more bad behavior than her. And in a way, Trent just admitted they treat her differently. In his Instagram Story, he addressed that anger. Trent told fans once again, that the show features only part of their story. The family keeps lots of stuff “private.” He called the critics “mudslingers.”

Trent said that some kids are “born leaders.” But, other kids “still need to be lead and pointed in the right direction, (sic).” Then he noted, as Anna did, that she loves her college and performed very well. He also reminded viewers of 7 Little Johnstons that he and Amber “know” their kids better than they do. He noted that the young teen found some good “friends” and “mentors” in college. Plus, she made it “onto the president’s list” both semesters, despite holding down a job.  Although COVID-19 interrupted her studies, she completed the year “online.”

Furthermore, Anna scored “As” at college. Well, fans of the TLC show often hear the cast complain the audience only sees see a small portion of their lives. Perhaps Anna and her parents clashed more often than fans know. What do you think? Sound off in the comments below.