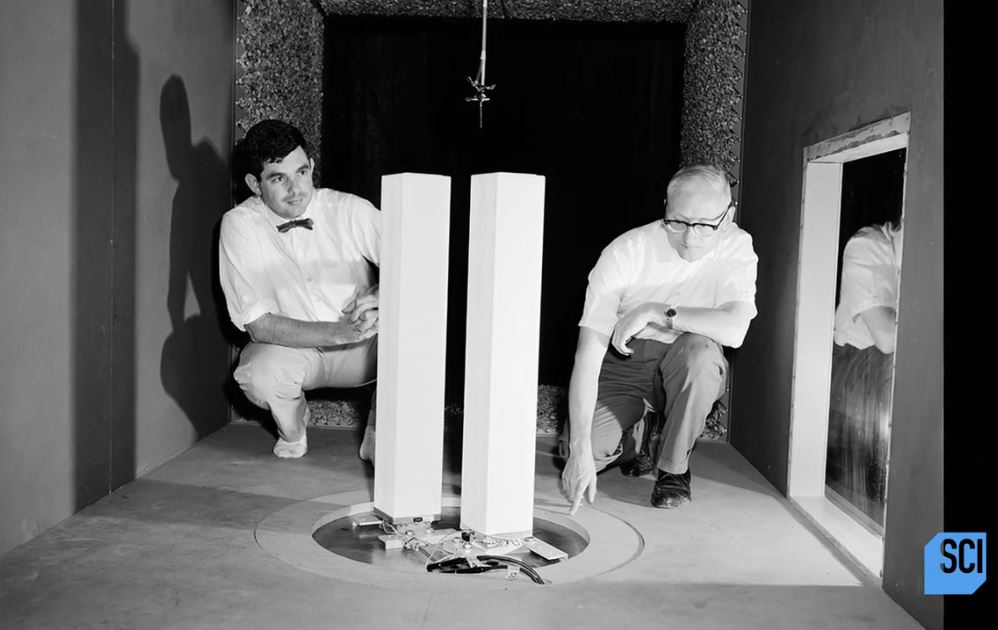 Imagine you worked in a building engineered for 40 foot wind sways. On this Sunday’s Unearthed on Science Channel, we meet the engineers who over time worked towards the creation of the fated Twin Towers of New York City.

The journey for their build began in the 1960’s as engineers built miniature models to test the wind dynamics.

What they found was that just one inch of sway in the models they made equalled 40 feet of sway in real life. That’s an unworkable amount of structural give as people would instantly become nauseous and freaked out, to say the least.

They were able to remedy this huge amount of structural give and engineer it down to just three feet of sway.

About this Sunday’s Unearthed

TV Shows Ace has an Unearthed exclusive sneak peek ahead of Science Channel’s Unearthed episode airing this Sunday, in time for Memorial Day.

The external “skin” of the Twin Towers is shown to bear most of the weight of the towers.

There were 59 steel columns on each side were each just 14 inches wide. They bore most of the towers’ weight.

And in the center were 47 steel columns in the center of each tower. This core of steel columns gave the tower extra rigidity.  Add to that thin steel plates 60 feet wide bridged the gap connecting the inner and outer columns anchoring the entire structure together and creating the vast open floor plans. The Twin Towers were considered  a futuristic lightweight structure.

The models were tested to 150 miles per hour winds. The sway however was far too dramatic for people to actually work in the buildings. Special shock absorbers were created to calm this down—called dampers—reducing the sway to just three feet.

The Twin Towers had a host of “firsts” for the structural engineering teams that worked on the buildings.  The episode shows the incredible marvels of NY’s fated Twin Towers, and serves as a tribute to the greatness of the original buildings.

The late Seattle-based architect Minoru Yamasaki designed the Twin Towers of the World Trade Center. The towers’ structural engineering design criteria for the 1,362-foot-tall south tower and 1,368-foot-tall north tower had to have resistance to the gravity loads of the buildings and be able to handle the sideways (lateral) forces caused by strong winds and any seismic activity.

The work to get the lateral sway brought to an acceptable comfort level was an engineering feat.

An engineer for Scientific American broke down the flaws that made the Twin Towers, despite all their intense engineering, sadly collapsed in a horrific manner during the al-Qaeda terrorist attacks of September 11, 2001.

“Though the WTC towers stood over 1,360 feet above the street level, the structures’ bases were actually set 70 feet into the ground, and one had a 100-foot-tall antenna atop it, so with 205-foot widths, they had a lot of [exterior] area facing the wind…”

“Though the twin towers were not much taller than their famous uptown predecessor, the Empire State Building, the World Trade Center rose during the late 1960s, a new era of construction characterized by rapidly erected, lightweight steel structures rather than heavy masonry walls.”

Watch as the computer graphics peel away the layers of steel skin as we see the inner structure of the Twin Towers, designed to withstand 100+ miles per hour winds.

This exciting episode of Unearthed gives valuable architectural insight to how these massive skyscrapers are erected in the city skylines: