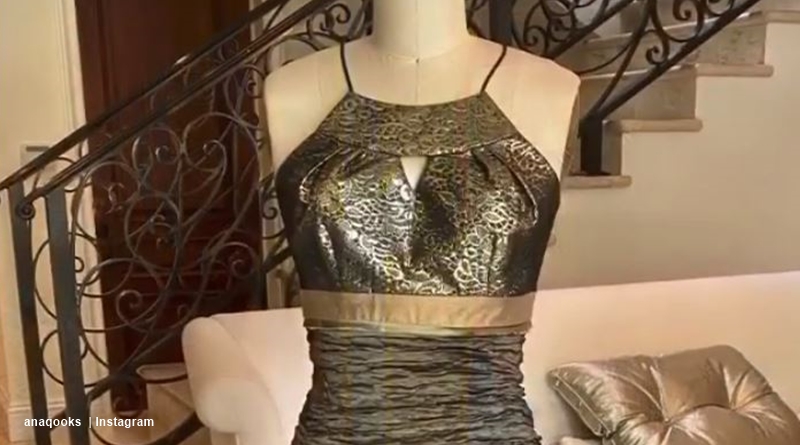 Real Housewives by Bravo brings beautiful, wealthy, and dramatic stars to television. As fans know, much of the show reveals bickering, fighting, backstabbing, and betrayal. But, in real life, they quickly responded to a call for an auction to raise money for COVID-19. So, if you love the show, now’s your chance to get one of those fabulous outfits.

Real Housewives – across the franchise ladies fight with each other, but they have good hearts

Pick your favorite: Miami, New Jersey, Atlanta, Beverly Hills, Orange County, or whatever. The women often go at each other hammer and tongs. Alliances form, friendships break up, things get thrown, and generally, entertaining chaos ensures. Some of it’s rather unedifying. But, fans love the franchise. Fans return to watch it season after season. Of course, like so many reality TV shows, the Reunions bring a huge audience as all the juicy things get spilled.

Overseeing all of it sits Andy Cohen, the now-famous bravo host. Somehow, he prevents the cast of Real Housewives from committing murder. However, he knows the women very intimately. And obviously, everyone’s got good qualities as well. Now, the present effort to raise money for COVID-19 shows this side of them very well. They plan an auction for their Reunion dresses.

US Weekly reported on how the action idea came about. They noted that Quincoces is related to people who work on “the frontlines.” Naturally, she feels concerns for their safety. One day, looking through her outfits, the idea came to her that old Reunion outfits could be sold on auction. Putting out the word about her idea got an excellent response across all the RH franchise. The outlet specifically mentions the hottest of the hot stars like “Teresa Giudice, Braunwyn Windham-Burke and Denise Richards.”

And, if you think these outfits come cheap, they certainly don’t. Some of the designers include well-known names like “Zac Posen, Michael Costello, and Cushnie & Ochs.” Plenty of dresses and zany outfits are now up for grabs from the Real Housewives Reunions. Actually, there’s “over thirty” of them. Even Andy Cohen donated a “Todd Snyder suit.” Remember Miami’s Mama Elsa? Her old rosary’s for sale, as is the “green satin number” that Sonja Morgan wore on season 11 of RHONY.

When and how to bid for the outfits from the Reunions

Ana spoke about the auction on her Instagram. She wrote, “Here we go! Browsing page is up. Link in bio. Countdown to the live auction through @charitybuzz on Friday… Let’s get ready to raise some money! ” Plus, she thanked her fellow Real Housewives co-stars for their “generosity.”  Well, the bids start today, Friday May 22. It runs for two weeks. Photos, sizes, and descriptions reveal what you can buy. And if you don’t wish to buy from the auction, you may still donate to the frontline charities.

Here we go! Browsing page is up. Link in bio. Countdown to the live auction through @charitybuzz on Friday… Lets get ready to raise some money! And a big thank you to @officialkarenhuger for agreeing to donate $1000 to this cause.❤️❤️❤️❤️❤️The generosity of my fellow housewives and all of you will surely make a difference in the lives of our healthcare workers and heroes on the front lines.

What do you think about the Real Housewives stars donating those stupendous outfits to a charity auction for COVID-19? Sound off in the comments below.

Remember to check back with TV Shows Ace for more news about the cast of Bravo’s Real Housewives.