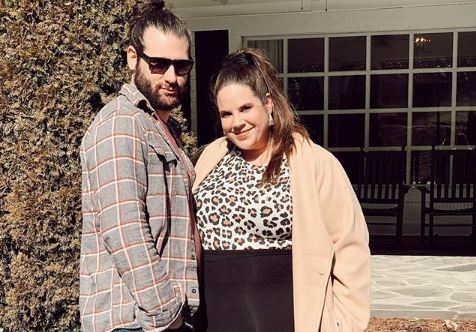 My Big Fat Fabulous Life star Whitney Way Thore has finally confirmed to fans that she split from Chase Severino. Fans have been wondering for a bit. She shared on her Instagram that things are over for them. This may come as a shock to some who haven’t been stalking her social media lately. The news came out not long ago that they had deleted the pictures of each other on their Instagram accounts.

Whitney Way Thore reveals that things are over

Whitney Way Thore went to her Instagram to finally share that they are over. This was after rumors have flown that Chase got another girl pregnant. It turns out that sadly these rumors are true. The post below is what Whitney shared. It says a lot. She didn’t even share a picture.

Hey y’all. This is a really weird and uncomfortable thing to have to “announce” on social media, but as I get more questions and hear more rumors, I figured it was time. Chase and I are no longer engaged. After experiencing a lot of ups and downs and still living apart, Chase reconnected with a woman with whom he has had a long history. Chase recently told me this information and the fact that it had resulted in a pregnancy. Chase will be a father in October. I’m not interested in anything hateful being directed toward anyone. I would ask for privacy for all involved as we move on and focus on the future.

It turns that he really did get a girl pregnant and will be a father. That is an exciting time for him, but of course, this isn’t easy on anyone. Whitney Way Thore sadly is the one who had to break the news to everyone.

Chase also posted on his Instagram after she did. You can see what he had to say below.

What is Whitney up to now?

Of course, Whitney Way Thore has been quarantined like the rest of us. Just yesterday she shared on her Instagram story with her friend Buddy. They were laughing and she was filming him “rant.” It does look like these two are really getting along. Chase was never really a fan of Buddy, so it is nice to see that these two have been able to hang out again like they used to. A lot of fans have loved the idea of her and Buddy ending up a couple. So far that hasn’t happened, but you just never know.

As of right now, there has been no news about another season of My Big Fat Fabulous Life. The fans would love to see more of Whitney Way Thore.