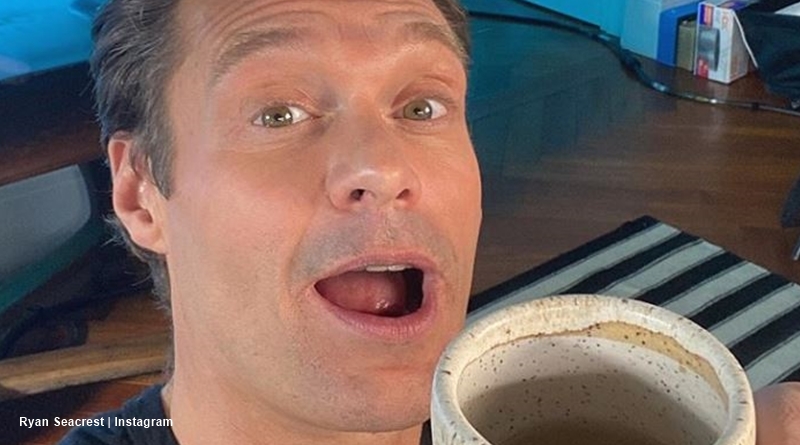 Ryan Seacrest worried fans during the finale of American Idol on May 17. Some fans thought he showed all the signs of a stroke. But, a rep later said he suffered from exhaustion. On Live With Kelly and Ryan, he confirmed his “exhaustion.” Given the fact that he runs three shows, and struggles with balance, it’s hardly surprising. He also does his own makeup several times daily and cleans the dishes.

Ryan Seacrest struggles with balance and the remote shows during quarantine

When fans became alarmed about Ryan struggling through American Idol, TV Shows Ace reported that he eventually responded to it. It followed his rep saying he suffered from “exhaustion.” Ryan agreed he just pushed really hard with very long days. It certainly seemed that he needed to address his life balance. Actually, we noted that many people struggle with the new normal working from home. For celebs, it’s possibly harder as their support crew isn’t there for them.

For Ryan, until Idol ended, he dealt with three shows. Obviously, he prepped and sorted his makeup for that. Plus, the Live With Kelly and Ryan show needs more makeup and prepping. Fans also know that he works with the Disney Family Singalong specials. With all of that, plus his domestic duties, no wonder he felt exhausted. Looking for balance and how he copes, he spoke to People about it.

Some lemon tea in case they ask me to sing. #DisneyFamilySingalong starts NOW on ABC! Then I commute from the kitchen to the living room for new #AmericanIdol.

Ryan and his makeup mission and pantry fascination

Makeup takes time and knowledge. Imagine completely revamping it several times ahead of the shows, all by yourself. With no makeup artists around, a lot of the time Ryan wings it a bit. He admitted he sometimes gets it wrong. Ryan told the outlet, “It’s going okay, but I didn’t get a tutorial.”

Apparently, he juggles “two canisters…one called “contour” and another called “all over.”‘ However, sometimes he really “can’t tell the difference.”‘ The whole mission comes as a “new” experience for Ryan Seacrest.

Apart from that, he and his girlfriend, Shayna Taylor, find themselves gravitating to the pantry a lot. That means that much of his free time involves cooking, and cleaning up. He talked about how he even does the dishes these days. Well, by that, he means he uses the dishwasher. Shayna’s a “food blogger and chef,” so actually, it’s rather natural he spends time with her in the kitchen. Ryan Seacrest enjoys learning more about cooking with her, although it looks like she puts him to work with cleaning up.

It sounds like Ryan takes a lot of pleasure with the cooking efforts. Describing it as “relaxing,” he also gets into the barbecue. Notably, they try out “fun” but “healthy” eating. But, he finds himself in the pantry way too often. Ryan Seacrest described himself as “over-pantry’ing.” Who relates to that?

Switched up the Zoom background. Georgia picked her favorite spot!

You may not put on loads of makeup and run three shows, but can you identify with dishes and a pantry obsession? Sound off in the comments below.

Remember to check back with TV Shows Ace often for more news about Ryan Seacrest.