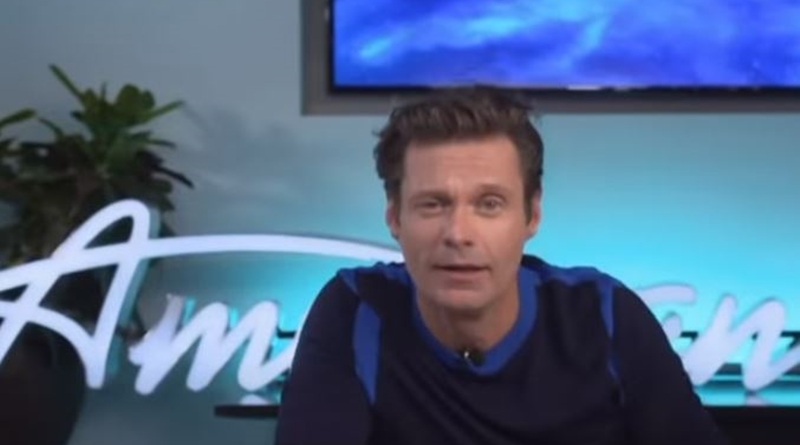 American Idol concluded the finale episode on May 17. Ryan Seacrest announced the winner as Just Sam. Fans also saw the judges and contestants sing a spine-tingling version of We Are The World. But some fans noticed that Ryan didn’t look very well. In fact, some of them feared he maybe suffered a stroke. But he claimed exhaustion. Now he thanked fans for their concern and support.

TV Shows Ace reported that Ryan mainly kept the show going as he introduced the singers who performed remotely from their homes. He seemed okay when the winner got announced, but prior to that, some fans noticed he seemed a bit slurry. In fact, some fans wondered if he suffered a stroke as his eyes looked a bit odd. The right one looked a bit bigger than the other.

During the American Idol show, some people took to Twitter. There, they voiced their concerns. His eyes certainly didn’t look right. he seems to almost doze off for a few seconds and swayed in his chair a little bit. Plus, sometimes it seemed he struggled with reading the script a bit. But fear got laid to rest when a rep spoke on his behalf. They told People, “like many people right now, Ryan is adjusting to the new normal of finding work-home balance.” In fact, he suffered nothing more than exhaustion. Nevertheless, exhaustion can be bad for general well-being.

Is @RyanSeacrest okay? Not making light of this. He went from normal to his speech being off and his eye shutting halfway. #ryanseacrest #AmericanIdol pic.twitter.com/9LCKTLjxpe

US Weekly reported in a follow up that Ryan’s fine. They reported that Ryan actually took a day off and missed one episode of Live With Kelly and Ryan. He thanked Mark Consuelos for filling in for him. Then, he also thanked his followers and fans for all their concerns.  He mentioned that he suffered from “exhaustion” as he’s been “working around the clock.” That’s a massive relief, as fans genuinely feared for him.

The American Idol host obviously worked himself into the ground. Better Health explains that exhaustion presents with various symptoms. These include “chronic tiredness…slowed reflexes and responses…impaired hand-to-eye coordination,” and “poor concentration.” In fact, what fans may have seen includes one more symptom: “reduced ability to pay attention to the situation at hand.”

The causes of workplace fatigue seem very relevant to the American Idol host right now. The coronavirus turned everyone’s life upside down. Working from home might mean irregular hours. And, it doesn’t help when people work with “little or no interaction with others.” No doubt, he also worried about the success of the remote talent show.

Remember to check back with TV Shows Ace often for more news about the cast of ABC’s American Idol.