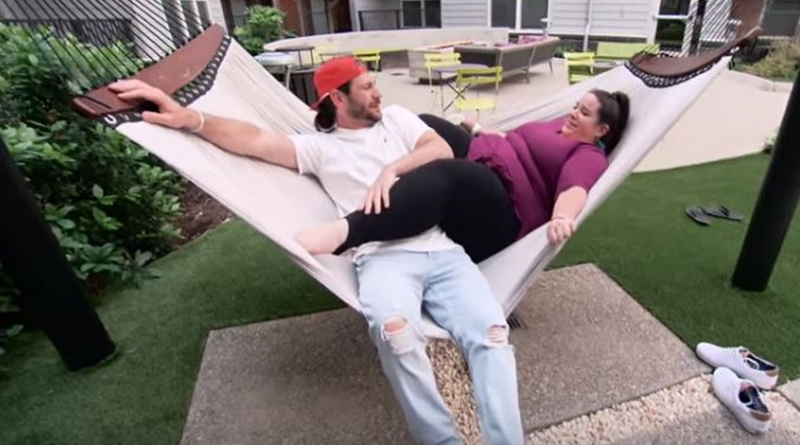 MBFFL fans speculated for some time now, that Chase Severino and Whitney Way Thore played out a “fake” story line when they became engaged. Speculation ramped up that they don’t even date these days after they both unfollowed each other recently. While Whitney returned and re-followed Chase, neither of them show many pics of each other at all. The majority of them seem to have been deleted.

TV Shows Ace reported in mid-March that Whitney seemed “all over” Chase on her social media. Nevertheless, fans of My Big Fat Fabulous Life felt their story was staged. It came to a head when Chase and Whitney and the rest of the crowd ended up in Paris. Recall that Chase proposed to her there. But, before that final episode, fans noticed he seemed reluctant to get close to her. In fact, when the rest of them vacated the room for a bit, he moved away from Whitney.

Plus, when they all took a bike ride, he opted to share a tandem with Ryan. Many MBFFL fans commented about it on social media. Some of them suggested more about their relationship just screamed “fake.”

One person shared: “There’s something disingenuous about Whitney. Not to mention she’s a bad friend to Heather. The Chase storyline seems forced… so many of the male storylines with her seem fake.”

Now, attention turns to the fact that even if they were a real couple, their relationship might be on the rocks.

Over on Reddit, fans discussed the fact that Chase and Whitney stopped following each other on Instagram. These days, that sort of thing seems a way to judge where people stand. Actually, the thread started off with the fact that Whitney returned on the weekend and started following Chase again.

One Redditor noted, “My theory is that they’re going to call the engagement off but still stay together, and next season will be them “working” on their relationship.”

MBFFL followers chipped in their thoughts. One said, “He took them down sometime Sunday afternoon. They were there when I saw the post of his contract not being renewed earlier today. I looked at his insta for the first time then and they were all there.”

Well, over on Chase’s Instagram, only one picture remains. That seems a promo thing for the My Big Fat Fabulous Life show. And, on Whitney’s Instagram, most of her photos feature Ryan, instead.

Okay, @ryanandreas_ had a good idea 😂 Thanks for your help, @simon_rogier! ❤️

Most fans think that the unfollowing and refollowing, plus the deletion of photos indicted something’s up.  What do you think? Could the MBFFL stars just be messing with their fans? Or, did they never really love each other in the first place? Sound of your thoughts in the comments below.