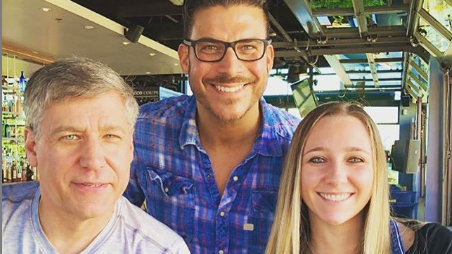 A lot happened on the season finale of Vanderpump Rules. The usual drama prevailed as friendships for Jax Taylor and the rest of the cast. This seemed to be the end, which has been teased all year, for the witches of WeHo. Taylor and Tom Sandoval were at each other’s throats. Jax blamed their fighting on his anger. Even Lisa Vanderpump had words with Jax.

Tom set the scene, at party celebrating them being in business for a year. He said Jax doesn’t allow anyone to disagree with him. He also called him a one-upper.  And, he stated in the past he felt like Jax always acted like his house was better.

Jax Taylor Blames His Anger For Arguments With Tom

He said he’s been like that for a year. And, Jax Taylor agreed with him. Jax told cameras, “you be the guy’s b*tch until he gets married. That’s part of being a best man. I don’t understand the problem.” Jax tried to explain away his outbursts, he said, “something is wrong with me. I was at Home Depot buying flowers, and I’m breaking down crying on aisle eight. I’m — it’s like a handicapped person.”

Tom told him, “don’t act like that gives you a hall pass.” Later he asked Jax why he couldn’t be happy for him. After that, Lisa Vanderpump tried to convince him to fix things between them. He told her, “It’s not just a f—ing television show, Lisa. These are my true friends. This is why my show is successful.” Lisa quickly told him it is her show and she didn’t need to be disrespected.

She said, “Listen. Stop making yourself feel more special than you are. We’re all human beings.” She went on to say everyone is going to lose people and go through tragedy. Lisa advised him to quit putting pressure on himself according to People.

What About The Witches Of WeHo?

While Tom and Jax Taylor hashed out their issues, Kristen Doute, Stassi Schroeder, and Katie Maloney were doing the same. Fans have known for awhile, the three weren’t close anymore. Now, they’ve been able to see where everything fell apart.

Kristen pulled her two friends to the side to see why they weren’t there for her when she broke up with Carter. She thought Carter and her were over and it made her sad. Katie, not missing a beat, said, “I heard you and Carter are together.” Stassi also said their friendship hadn’t been right for a while.

Later Stassi said the witches of WeHo were over, she couldn’t do it anymore. Stassi said it would be hard to say goodbye to Doute. She said, “when I first met her, I was the new girl at SUR and she was the cool, older one. She knew all of the tricks of SUR. I mean, she taught me how to steal wine. She introduced me to this group of friends.”

The reunion will likely be virtual and fans can’t wait to see what the group says about this season and especially the finale.