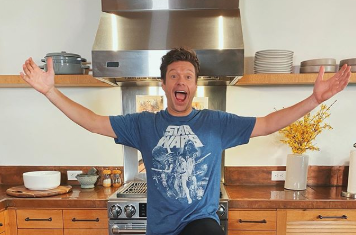 Samantha Diaz, known as “Just Sam,” became the first American Idol winner to be awarded remotely. Fans who tuned in worried about the host, Ryan Seacrest while watching the finale. Some fans were concerned he had a stroke. By the time Sam was declared the winner, Seacrest was back to normal. Sam said, “my grandmother has been saying that she doesn’t believe that people like them can have their dreams come true. This is proof to her.” The twenty one year old winner said she hoped to inspire little girls. She went from singing in the subway to singing on Idol.

Seacrest hosted while the contestants tuned in from their homes. According to sources, Ryan’s words seemed to slur and his right eye looked bigger than the other ones. Fans who caught this took to Twitter thinking possibly he’d had a stroke. In pictures and videos from the broadcast his eye does look a lot smaller than his other eye. It doesn’t last for long and he struggles to read something. Ryan himself didn’t release a statement about the situation.

Some lemon tea in case they ask me to sing. #DisneyFamilySingalong starts NOW on ABC! Then I commute from the kitchen to the living room for new #AmericanIdol.

What Happened To Ryan Seacrest During Finale?

Ryan Seacrest did not have a stroke, his rep assured People. The rep said, “like many people right now, Ryan is adjusting to the new normal of finding work-home balance.” They attributed the moment to the stress of putting the show on from his home.

Ryan Seacrest is a busy man and he juggles a lot. He produces shows, hosts Live with Kelly and Ryan and American Idol. He also has a show on the radio. The rep also said, Ryan was taking a day off. Ryan said in a past interview that the process of streaming at home has been difficult. It presents a lot of different challenges. Seacrest said, “we put the show together earlier in the week because there are so many factors to it.” He said due to a delay in Zoom, they have to be careful to not talk over each other.

What Did Concerned Fans Say About It?

Ryan Seacrest had fans looking out for him. One tweeted, “‘I’m a speech-language pathologist and just watched Ryan Seacrest at the end of the American Idol show. His right eye and corner of the right side of his mouth both appeared to droop on air.” Another said, “I think something is wrong with Ryan Seacrest, BIG TIME. Did anyone else notice his eye and the delay in speech?” According to Daily Mail, fans continuously checked Twitter for updates because they were concerned about the host.

Kelly Ripa’s husband filled in for Seacrest while he took the day off. Seacrest will be back this week with Live with Kelly and Ryan.