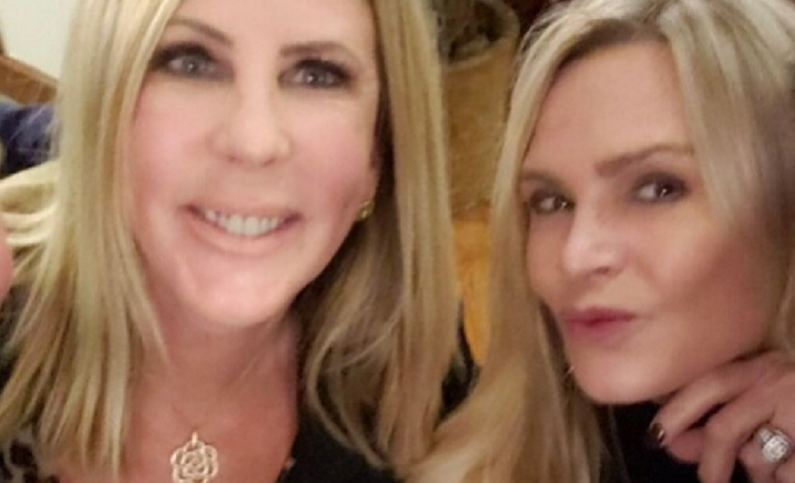 Vicki Gunvalson still has feelings for the reality show she was on. Earlier this year, she shocked Bravo fans when she announced her departure from The Real Housewives of Orange County. There’s no doubt that Vicki made the show what it is today. She also helped the reality show turn into a major franchise.

Now, there are more cities in the Real Housewives franchise. But there’s been a major cast shakeup behind the scenes at RHOC. This caused Vicki and her best friend, Tamra Judge, to leave the show behind. On her new podcast, she revealed the difficulties she faced while filming.

On the recent episode of Whoop It Up with Vicki, Vicki Gunvalson revealed how emotional she was when she handed over her orange. But she was better off without the show. Vicki also admitted that filming led her to cry “every day.” There are some days when she finds herself sad over leaving the Bravo series behind. She admits that she has her up and down moments. But Vicki insists that she made the right decision. She would rather cry over not being on the show than being on it.

“My feelings have been all over the map and some days I’m like, ‘OK, good,’ this is the first year in 15 years I don’t have to cry every day,” the RHOC alum said. “When its either airing or filming or my feelings are hurt about something and then I thought, ‘I’m not ready not to cry anymore.'”

There’s a good reason why Vicki’s emotions all over the place. She’s the OG of RHOC. The insurance agent became a reality star and Bravo celebrity because of it. The sudden fame felt like a “natural high,” especially when it came to press and cast parties. Vicki loved the spotlight. Reality television became “part of my DNA.”

Although she cried while filming, Vicki admits she loved doing the show. She’s proud of her 14-season run of the Bravo series. Sure, there are times when she feels bitter and petty about the show. But Vicki found a happy medium between not feeling too happy or too sad.

RHOC OG thinks the show will flop without her

Vicki Gunvalson previously said that fans should “boycott” the new season once it premieres. She doesn’t regret telling fans to stop watching the reality show. Instead, the podcast host doubled down on her claims, per Reality Tea. She believes that RHOC will continue to decline without her and Tamra being the center of the show. Vicki doesn’t think a boycott will take place. She just feels that ratings will go on a gradual decline.

“It was a one-sentence in the fact that if the ratings are down, then they’re going to realize that they made a mistake,” Vicki Gunvalson explained. “I don’t really mean for them to be boycotted… The truth is, I don’t really believe that the show is going to be strong without us.”

Double trouble is coming your way… I am hosting an exclusive Virtual Happy Hour with my girl Tamra Judge this Friday, May 15th at 8 pm EST with @__pozzy__ Bring all of your juicy questions, cocktails, and let's WHOOP IT UP! Limited spots are available. We want to chat with YOU! Please click the link in my bio to secure your spot! A percentage of proceeds will go to @directrelief #happyhour #quarantineparty #stayhome

Tamra and Vicki’s hot-and-cold friendship was a big part of the cast’s dynamic and storylines for most of the 2010s. Even the Tres Amigos had a falling out. Their former friend, Shannon Beador, is still a part of the cast. So, it’ll be interesting to see what RHOC will be like without the twosome.

Do you think fans will boycott RHOC without Vicki Gunvalson? Is she wrong for saying that ratings will decline? Sound off below in the comments section.