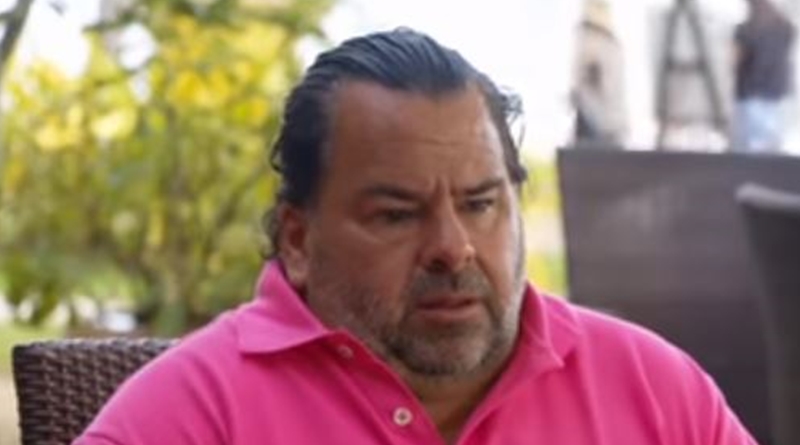 90 Day Fiance star Big Ed got trolled on after the preview of Before The 90 Days. It seemed that people didn’t like the fact he’s short and appears neckless. Caused by a physical deformity, however, he soon won the hearts of many people. In fact, in a short time, his eccentric ways attracted over 300k Instagram followers. But after Rose slammed him for introducing her to hygiene products, an unsubstantiated accusation of harassment arose. Now, Ed’s Instagram overflows with hating trollers. In fact, some of them go so far as to perhaps qualify as libel, a form of slander in a written statement.

Rose, Big Ed’s love interest from the Philippines, isn’t flush with cash. Perhaps that’s why Ed gave her hygiene products. Fans felt that he demeaned Rose by doing that. She admitted her breath smelled bad but claimed it was caused by an ulcer. Plus, he also insisted she gets tested for STDs. She also became very upset as he didn’t tell her he wanted a vasectomy, but she hoped for more kids. Then, fans heard her anger that he lied about his height. Rose promised to dish the “truth” about Ed, TV Shows Ace reported.

Actually, her vicious response to Ed now, makes some loyal fans wonder why she stayed with the relationship. After all, she’s not a child. At the age of 23, she could easily have broken it off within minutes of meeting Ed at the airport. Anyway, hot on the heels of her slamming Ed, an unsubstantiated story came out that Ed allegedly s*xually harassed a colleague years ago. Cinemablend notes that the accuser on TikTok, Lolosworld, can’t prove she ever worked met Big Ed. So, for now, it remains little more than a rumor. But, eager for anything to troll on Big Ed, a huge number of hateful messages appear on the 90 Day Fiance star’s latest Instagram post.

On Thursday, Big Ed shared a picture of him holding his dog Teddy. He simply captioned it with, “I love Teddy..!” Well, in a hate-filled rage, someone actually insinuated that he did s*xual things with his dog. Plenty of simple-minded people trolled on Big Ed for not having a neck. Not that he can change a physical deformity that happened in the womb. But plenty more of them trolled on Ed because they felt the hygiene products and the STD test request were abusive. In fact, the fact that he “slept” with Rose got some of them accusing him of child abuse.

But some people picked up on the fact that some teens talk to him during his Lives and used that to justify allegations of pedophilia. Some of those accusations stated categorically that he’s a pedophile. Actually, that could be dangerous territory. As one fan pointed out, there’s no justification for allegations like that. And, it could be taken as “slander.” But did any of those emphatic 90 Day Fiance fans fit the definition of slander?

Definitions of slander and libel

We checked it out, and the legal definition of slander on Kelly Warner Law, explains the offense. They say it falls under “defamation.” Slander or defamation arises with a “communication of a statement that makes a claim, expressly stated or implied to be factual, that may give an individual, business, product, group, government, or nation a negative image.” In the case of libel, it applied to a “written statement.”

And for those people who may think they’re safe under the First Amendment, they might not be so free to write that Big Ed is a pedophile. Actually, according to the legal website, people may express an opinion, but not write an unfounded accusation.” For example, this one on Ed’s post: “He is a pedophile.” That sort of thing might not be overlooked by Big Ed, who so far ignores much of the mindless hate on his Instagram: Hate like, “YOUR ENTIRE BODY LOOKS LIKE A CHODE – CRACKHEAD HUMPTY DUMPTY.” And, bear in mind, that allegations of pedophilia don’t mean a person actually committed any offense. The 90 Day Fiance star would be presumed innocent until found guilty in a court of law.

At this time, we found no such cases reported by anyone. Do you think that haters who call Big Ed a pedophile maybe need to be a little more careful about what they write on Big Ed’s Instagram? While the laws might vary slightly from state to state, do you think some people overstepped the line? Sound off in the comments below.