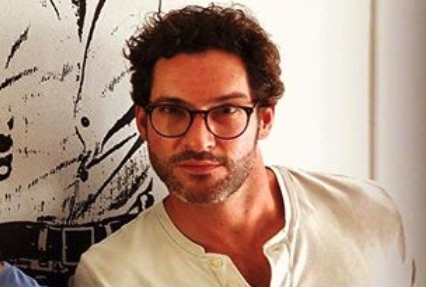 Lucifans may not know when Netflix will drop Lucifer Season 5, but we already know that the season is going to be supersized. That means each of the 16 episodes are maxed out. What is the latest news on the new season, and why it is taking so long?

Impatient Lucifans expected Lucifer Season 5 to drop sometime in May. This would be a year after the Season 4 dropped. Frustrated fans have been asking the cast and crew for some hints about the new season. Co-executive producer Ildy Modrovich was asked on Twitter to reveal something about the new season. But, she is “mostly sworn to secrecy.”

But, she revealed what she “can” tell fans is that “all the episodes are supersized.” Ildy elaborated a bit by sharing that each episode will be “Between 50 and 60 minutes each.” That is not all. Originally, the final season was contracted for 10 episodes. Netflix later supersized that into 16 episodes. So, that is a double supersize.

While this season will be a total of 16 episodes, TV Shows Ace reports that Netflix will be dropping them into two, eight-episode bundles. That means nearly 16 hours of Season 5! This sort of bonus mid-season ending can create a lot of artistic opportunity. The writers could create a bonus Lucifer cliffhanger at the end of the eighth episode.

There could be an opportunity to introduce different characters into each eight episode bundle. There is also the opportunity to create a natural time jump in the ninth episode.

Why Netflix Has Not Dropped New Season Yet

So, why hasn’t Lucifer Season 5 dropped yet? TV Shows Ace has that answer. In late April, Lucifer co-showrunner Joe Henderson gave fans an update on when Netflix would drop the first eight episodes. Posting on Twitter he explained the situation. They have filmed nearly everything, except the final episode. But, they are working on post-production still. They may be remote working.

“To all #Lucifans out there wondering when season 5 (part 1) drops — chances are, we’ll know when you do! There have been some post-production hiccups because of Covid, but we’re working through them pretty well. Hopefully we’ll all have an answer soon!”

Hopefully, this means that Lucifer Season 5, part 1 will drop soon. Everything must be safe first. Then, the Lucifer cast and crew will reunite one last time. They need to just film that final episode. The quarantine is beginning to lift. No one officially knows when they will be able to safely return to work. As with everything now, there is uncertainty. But Lucifer Season 5 should be worth waiting for!

Lucifans, are you anxiously awaiting the new season to drop? Are you rewatching the first four seasons of Lucifer during the quarantine? Be sure to check back with TV Shows Ace for the latest Lucifer and Netflix news.