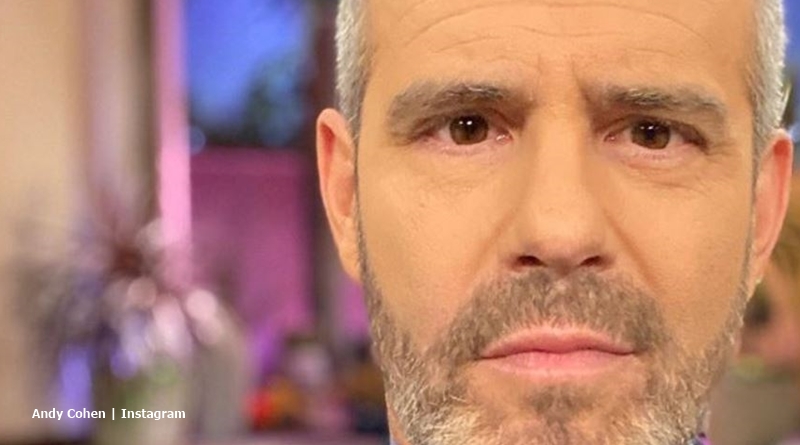 Andy Cohen occasionally posts up throwback photos on his Instagram. Others, more recent, simply blow his fan away. The Bravo host seems particularly photogenic, fans think. In some pictures he looks simply “steaming hot,” and fans drool over them. Now, he shared a throwback photo showing him sans clothes. Taken in 1994, fans once again loved the older image. It seems the thirst is real and some of his fans wished they could see the view from the front.

Taking to Instagram on Thursday night, Andy shared a black and white image of him. Taken by Spencer Tunick, he poses with no clothes on. No, you can’t see any intimate bits. But, fans saw Andy’s long locks. Andy pointed out he sat in front of the lion statue at “the NY Public Library.” He recalled the time as “6 am on a Saturday!” Presumably, the pose came at that early hour due to restrictions against wandering around with nothing on.

Fans loved the photo of Andy Cohen. One said, “U look like u should have been on an episode of Baywatch.” Another one noted, “Wow that is epic as hell Andy 🙌🙌.” Plenty of people loved his long hair and one fan suggested he looked “like Jesus.” When one fan said that “someone is thirsty,”others agreed. One admirer wrote, “aren’t we all?” Meanwhile, a few followers agreed he looks a bit “like Donny Osmond in Joseph and the Amazing Technicolor Dreamcoat.” One even wistfully hoped for a photo “taken from the front.”

Taking it back to 1994 when @spencertunick got me to pose naked in front of the NY Public Library at 6 am on a Saturday! ☀️ #TBT #Headscratcher #NinetiesHair

Other pictures that got fans thirsty over Andy

TV Shows Ace reported that back in August last year, Andy shared a “steaming hot” photo of himself. We noted that one got “people of all genders so hot.” It featured his son Ben “asleep on his dad’s chest.” But, notably, “Andy caught more attention than the cutie-pie baby.” Amongst the many admiring comments, one fan said: “Omg he’s so hot I can’t breathe.” Another one commented, “Holy Sh*t, you’re a hot daddy!!”

Another photo that Andy shared came when he celebrated the “14th year of the Real Housewives of Orange County.” Andy, dressed in a grey jacket, baby blue shirt, and a pink tie.” He looked great with his “salt and pepper hair and beard.”

Actually, he caught the eye of The Bachelorette alum, Tyler Cameron. Tyler commented, “Hot af🤤🤤.” Plus, he later added a couple of heart emojis. Many fans agreed that Tyler’s assessment of Andy Cohen seemed spot on.

About to start filming the Season 14 #RHOC reunion. FOURTEEN YEARS!!!!!

Actually, Andy Cohen often shares photos that fans describe as “eye candy.” Young, older, short hair, long hair, beardless, or with a beard, fans adore him. What did you think of the one showing him without clothing sitting by the lion statue? Do you agree it’s no wonder fans get thirsty over him? Sound off in the comments below.

Remember to check back with TV Shows Ace often for more news about Andy Cohen of Bravo.