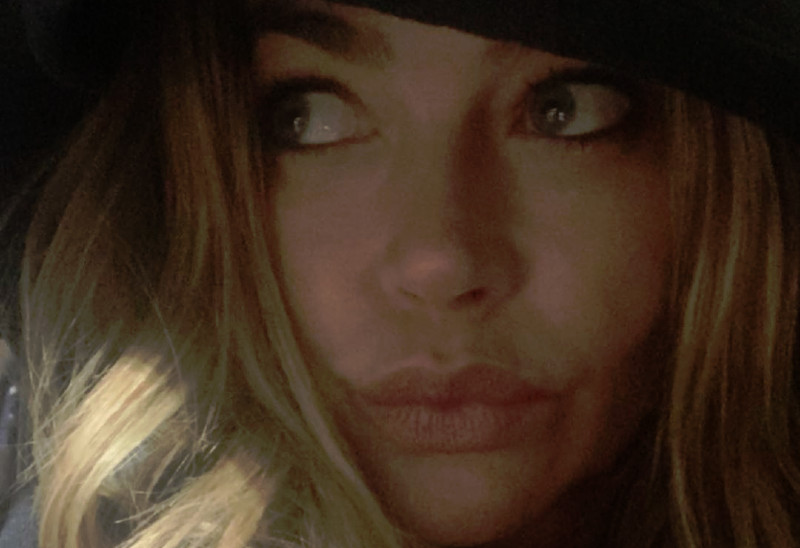 The Real Housewives of Beverly Hills ladies are about to find out who ‘F**king Denise Richards” really is. Ahead of the explosive dinner party episode that has Denise yelling for cameras to stop filming, Denise is spilling some tea.

Denise clarifies which RHOBH star told her about how to get the cameras to stop rolling. Plus, she reveals what made her break the fourth wall in the Season 10 trailer footage.

Plus, two RHOBH alum tease their epic returns coming up later this season.

At the end of the Season 10 premiere of RHOBH, the producers ran behind-the-scenes footage that surprised viewers. In the footage, Denise waves her hands and says, “Bravo, Bravo, F**king Bravo” while at dinner with her co-stars.

RHOBH stars Kyle Richards and Teddi Mellencamp later explained that saying “Bravo, Bravo” was to prevent the show from using the footage. They revealed that doing so would “break the fourth wall.” Many television shows operate under the pretense that the viewer is in the room with the action, not watching it unfold on TV.

While some shows routinely “break the fourth wall” as a joke tactic, Bravo doesn’t. Therefore, calling attention to the cameras makes the footage unusable…or so Denise thought.

For dramatic purposes, Bravo aired the footage anyway. Additionally, they called Denise out for not filming with the other women toward the end of the season.

Denise Calls Out Kyle Richards For Telling Her About Stall Tactic

The RHOBH star recently video chatted with Entertainment Tonight. She explains what led to her trying to stop the cameras from rolling and who taught her the trick.

Back in April, Teddi tried to call Denise out on Twitter for “trying to control things.” Denise responded with, “you were that someone who told me about [‘Bravo, Bravo’].” The confusing thing is that Denise tagged Kyle Richards in her comment, making it unclear who taught her, TV Shows Ace reported at the time.

However, Denise cleared the question up while speaking to ET. She flat-out said that Kyle is the one who told her about the stall tactic when Denise first joined RHOBH. Denise says,

“My first week of filming — I’m sorry, Kyle [Richards], I have to say this — Kyle was actually the one that told me to put our hand in front of our face and say, ‘Bravo! Bravo!’ if we didn’t want something that would air.”

Kyle previously said that it was a “joke” and only used for touching up makeup. However, Denise says that’s a lie. In fact, the The World Is Not Enough star says “many” of her co-stars did it during her first season.

A preview for the May 13 episode reveals that the infamous dinner party airs tonight. Fans will see what happened before Denise tapped out. She tells ET that she “felt that there was some miscommunication” during the dinner conversation.

According to Denise, Kyle “was pushing the issue.” Denise wanted a break to “clarify things” with the production team.

Denise hopes that after tonight’s episode, fans will see her side. She tells ET that she will answer any questions “at the reunion.” The other RHOBH stars have speculated that Denise will skip the reunion. However, Denise has said several times that she plans to attend the reunion, whether it’s in a studio or filmed virtually.

In the preview clip that’s circulating social media, Kyle and Denise go head-to-head at the dinner. Denise tells ET that Kyle “kept going on and on and on” even after Denise answered questions that were asked of her.

During one of her confessionals with the producer, Denise shuts Kyle down with the epic line, “I’m f**king Denise Richards.”

The Wild Things actress points out her co-stars’ hypocrisy over being angry that she walked out on them at times. She said, “You know, Kyle left my dinner party. No one seems to say anything about that — but we won’t talk about that.”

Denise isn’t the only one bringing the drama this season on RHOBH. Camille Grammer recently surprised fans with an image of her filming the one-on-one confessionals. She teased, “You know I have something to say.”

You know I have something to say.. 😂😬😉 #RHOBH pic.twitter.com/HMqRmymmU2

It’s no surprise that Brandi appears on Season 10, as she is front and center in the Denise drama. (Brandi alleges that she had an affair with Denise.) However, fans assumed the filming of Season 10 was complete. On May 13, Brandi dropped a photo similar to Camille’s.

The former model writes, “Truth cannon strikes again,” with a peace sign emoji and a hashtag vowing to #SeeYouSoon.

Fans flooded the comments with excitement for Brandi’s return.

The Real Housewives of Beverly Hills airs Wednesdays on Bravo. Denise is a guest on Wednesday night’s Watch What Happens Live, airing after RHOBH.