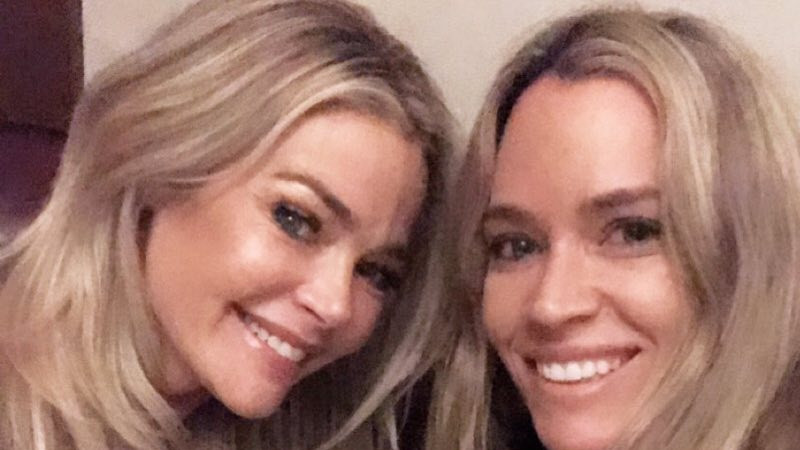 The Real Housewives of Beverly Hills epically broke the fourth wall on the Season 10 premiere.

Breaking the fourth wall happens when the viewer is acknowledged and addressed directly. An example is Ferris Bueller addressing the camera in Ferris Bueller’s Day Off.

While movies and scripted TV shows sometimes use the fourth wall for humor, it’s rare for reality shows to address the audience. However, Bravo made an exception on the April 15 episode of RHOBH.

‘In December, Denise Stopped Shooting With the Group’

Rumors have swirled for months that Denise ‘quit’ RHOBH. While she denied quitting, Bravo confirms that she stopped filming during Season 10. During Season 9, Lisa Vanderpump also quit filming with her co-stars, but kept filming solo scenes.

However, there’s no indication that Denise filmed solo.

In the last few minutes of the Season 10 premiere of RHOBH, a title card popped up. It said that “In December, Denise Stopped Filming With the Group.”

It was followed by snippets of Denise storming off-camera several times. In one scene, she can be heard telling her husband, Aaron Phyphers, “We’re on camera, don’t say a f**king word.”

Toward the end of the montage, Denise says, “Bravo, Bravo, F**king Bravo.” Fans were very confused about what she meant.

You, looking at my timeline: #RHOBH pic.twitter.com/wkvAPZmoH0

Speaking to People about the premiere, RHOBH star Kyle Richards explained the meaning behind “Bravo, Bravo.”

In short, it started as a joke during the show’s first season. If the ladies were touching up their make-up or otherwise not ready to film, they would say “Bravo, Bravo” so that the footage wasn’t usable. Kyle explains,

However, Bravo crashed through the fourth wall like the Kool-Aid Man. During the interview, Kyle said “someone” told Denise about the stall tactic.

Several of the RHOBH stars were live-tweeting the Season 10 premiere. Teddi Mellencamp was one of them. The mom-of-three threw shade at Denise’s attempt to control the narrative on the show. Teddi quipped that Bravo always keeps it rolling.

The tweet was retweeted by Kyle. Denise clapped back with, “You were that someone who told me.” She added Kyle’s Twitter handle at the end. It’s unclear if she was referring to Teddi or Kyle as that “someone.”

You were that someone that told me .@KyleRichards about it.

Give us your thoughts in the comments on the RHOBH Season 10 premiere.