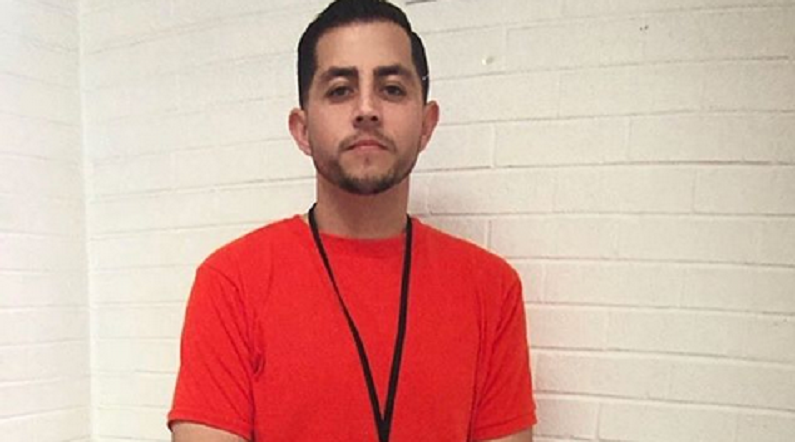 90 Day Fiance star Jorge Nava doesn’t want to focus on finding love. He wants to enjoy his freedom. The TLC alum just got out of prison, as per TV Shows Ace. 90 Day Fiance blogger John Yates was right about his prediction.

The reality star is sharing the details about his love life. He announced his split from ex-wife Anifsa Arkhipchenko, whom he met on Facebook. But that doesn’t mean he’s in a hurry to find the next woman. He wants to leave that up to a higher power. Instead, Jorge is focused on more important matters. Read on to learn about Jorge’s current relationship status.

Per In Touch Weekly, Jorge Nava wants to leave his love life in God’s hands during a recent Instagram Live. This comes after he split from Anfisa while he was behind bars. On Tuesday, May 12, the 90 Day Fiance star said he’s not in a hurry to date around now that he’s free from prison.

“I’ll let God bring that one into my life next,” Jorge revealed. “I won’t really try to go [looking].”

The 31-year-old claimed he’s not trying to “pick up some new chicks” while chatting with fans. Just because he’s free from prison doesn’t mean he wants to date so soon.

“I really don’t want to talk about the relationship stuff right now, but we’ll see where things go,” Jorge said.

During an April episode of 90 Day Fiance: Self-Quarantined, speaking via a recorded phone call from the Arizona State Complex in Phoenix, he revealed that he was “open to looking for love again, but it’s just not on [his] priority list.” Jorge wants to focus on himself before anyone else. That also includes continuing his fitness journey.

Last month, the television personality told In Touch that he lost 128 pounds while behind bars. He admitted that working out became “almost like an addiction” the moment he got into it. Jorge also learned some moves from his fellow inmates.

“Yeah, I actually started working out with other people that have been training and doing bodybuilding and stuff,” he said. “I have pretty good coaches in here.”

Following his May 11 release, Jorge took to Instagram to share a new photos of his weight loss transformation. He wants to keep that journey even though he doesn’t have a personal gym at home. Since gyms are closed amid the coronavirus pandemic, he hasn’t worked out as much as he wanted. But he’s still setting some achievable goals for himself.

Now that he lost the weight, he’s ready to gain muscle. “I’m trying to look like The Rock next,” Jorge told In Touch. “That’s my next goal.”

The 90 Day Fiance star showed off her body on social media amid his release from prison, as per The Blast. The reality star posed inside the kitchen of her Los Angeles home. In the photo, Anfisa wore a white crop top with dark gray shorts. She’s also been getting her fitness on lately. The Russian model is so into her fitness journey, that she’s sharing it with her followers.

“My workout app is coming!!!” Anfisa wrote. “Make sure you sign up so you can be the first to know when it’s launching.”

You guys know I have been hitting home workouts hard these past few months #teamipartner I have been trying so many different protein powders recently and I have officially found my holy grail protein 🙌 its the @teamiblends chocolate protein powder 💪🏻 It's packed with 17g of organic pea and rice protein AND infused with white tea extract for some added antioxidants. I feel super replenished after my workout since I started using the Teami protein too, which is such a major plus 🤩 also, it blends super easy and tastes like a milkshake 🤗 You guys should definitely check them out and use ANFISA25 for 25% off #thankyouteami 💕

Anfisa currently resides in Los Angeles with her new boyfriend Leo. Meanwhile, Jorge said he would file for divorce once he’s released.