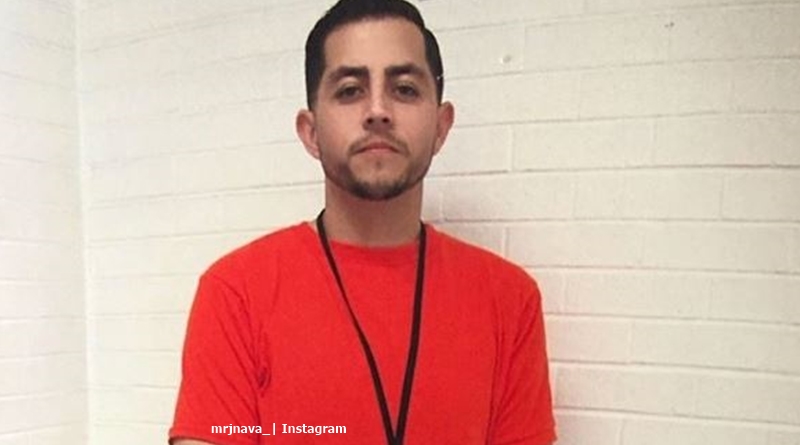 90 Day Fiance fans heard that Blogger John Yates revealed Jorge Nava’s early release date got set for May 11. But, a conflicting document revealed by another blogger suggested his prison term got extended to August. Thankfully, John got it right, and Jorge now enjoys his freedom. So, concerned fans now celebrate on his behalf.

TV Shows Ace reported that John Yates identified the fact that Jorge expected an early release on May 11. Jailed for marijuana offenses, he looks forward to earning a legal income, and possibly doing some reality TV things. At the time, we noted, “The 90 Day Fiance star said through his legal rep that he hopes for some sort of career involving the legal marijuana trade. Plus, he never ruled out not returning to reality TV.”

Obviously excited about the prospect of freedom, fans became despondent when another blogger found a document that suggested a delay for his release date. 90 Day Fiance followers speculated about why his date got set back to August. Some of them suggested he broke some prison rules. Others just felt shattered as he surely felt disappointed. We noted, “Some fans still hope that it’s all some kind of mistake.” Plus, he took a while updating his Instagram. But, he’s out now. So fans celebrate with him.

US Weekly shared the news that Jorge got out of prison and enjoys his first taste of freedom in two years. The outlet reminded readers, “Nava was sentenced to two-and-a-half years in prison after he was caught with nearly 300 pounds of marijuana in his car. He began serving his sentence in September 2018 at Arizona State Prison Complex.” Jorge shared photos on his Instagram after his release, and fans love them.

Looking slim and fit, and much better without those orange overalls, he posed by his car. In three pictures, he looks really good, fans think. His caption said it all: The sky is the limit🙏 #freedom.” Plenty of fans rushed to comment on his post. Jorge initially drew a lot of hate between those divided between him and Anfisa. She left him while he served his sentence and took up with a guy named Leo. But Jorge paid his dues, and many 90 Day Fiance fans supported him while inside.

Fans and cast react to the good news

Plenty of cast members welcomed Jorge back. Paul Staehle wrote, “Welcome back 🙌,” as did Steven Frend. Meanwhile, David Toborowsky wished him “the Best of luck” from him and Annie. Usman Sojaboy, who never met him as he’s a newcomer, wrote, “Congratulations 🎊🎉🍾.” Blake Abelard also chipped in with, “THE G IS BACK!” Anfisa didn’t comment, but as the couple faces a divorce, fans don’t expect that anyway.

Other 90 Day Fiance fans welcomed Jorge as well. One wrote, “That’s great for you, man! I’m happy to see you on the outside, working towards a bright future! 😊🙌.”  They hope he finds “the right person” one day. In the meantime, they encouraged him with, “LIVE IT UP!😊.” Then, another one noted, “Jorge find what you deserve and most important enjoy your freedom.” Many more fans wished him well.

What do you think about Jorge finally leaving prison? Are you happy that blogger John Yates got it right? Sound off in the comments below.

Does Lisa Rinna Regret How She Treated Denise Richards?
Lisa Rinna Struggled To Support Amelia Hamlin And Scott Disick
Why Kim Kardashian Claims She Is Moving Out Of Her $60M Mansion
Jessica Batten Of ‘Love Is Blind’ Gets Happily Ever After
‘Love After Lockup’ SHOCKING Spoilers: Are Stan And Lisa Still Together?