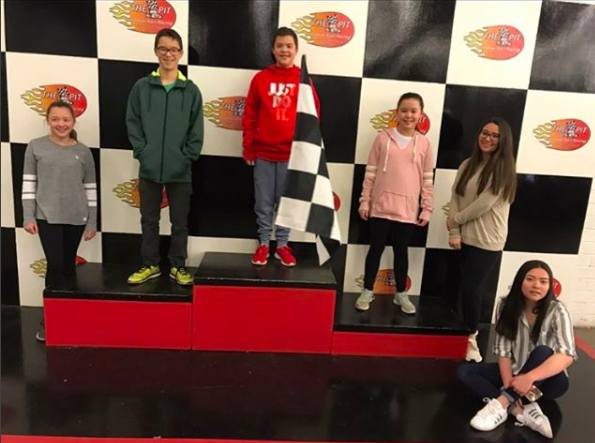 Former Kate Plus 8 star Kate Gosselin wished her sextuplets a happy birthday on Instagram. She went on to share that her kids are not big fans of her jokes as teenagers.

In the caption of the post, Kate revealed Alexis, Hannah, Aaden, Collin, Leah, and Joel had a collective nickname at birth. The name was “Hershey’s Kisses.”

Kate went on to write, “I love you so much! You’re six of the sweetest things to happen to my life! Thanks for making every Mother’s Day extra memorable. (They requested ‘junk cereals’ for their birthday lunch (?!) so I got a bit carried away, as usual, and got them 21 different kinds!”

Happy 16th Birthday to my half a dozen ‘Hershey Kisses’, as they were called at birth! I love you so much! You’re 6 of the sweetest things to happen to my life! Thanks for making every Mother’s Day extra memorable! (They requested ‘junk cereals’ for their birthday lunch (?!) so I got a bit carried away, as usual, and got them 21 different kinds! 😂😂😂 #Teenagers #AreFun #Sweet16 #HappyBirthdayMyBabies

According to InTouch, Kate’s friend commented on the post saying, “Oh my word, I can’t believe it!”

In response, the former reality TV star said, “You think they used to roll their eyes at our jokes only we laughed at … at 16, the eyes roll more than ever … oh, how I miss you more than ever now! I laugh alone now. Sigh … ”

The kids were born on May 10, 2004. They were delivered at Penn State Hershey Medical Center. At the time, Jon and Kate Gosselin were married. The birth got lots of attention, ultimately leading to a television show. Initially known as Jon and Kate Plus 8, but later it was just Kate Plus 8. This change came after an extremely toxic relationship between the sextuplets’ parents developed and ended in a divorce.

Momma Kate’s love is one way for some

Unfortunately, it seems there are a lot of damaged relationships between the children and their parents. InTouch went on to report the Kate Plus 8 star’s son Collin is not dishing the love back. He recently posted on Instagram sharing an adoring Mother’s Day tribute to his dad’s (Jon) new girlfriend and seemingly snubbing his actual mom.

A part of what Collin said included, “I could call it Mother’s Day, but it’s more than that, Colleen, you are so much more than a mother to me, you are one of my guidelines and one of my guiding lights. Thank you doesn’t say enough, I love you so much and you’ve done so much for me.”

Lastly, Jon got custody of Hannah in September 2018 and in December, he received custody of Collin as well. On the flip side, Jon still has a rocky relationship with twins Mady and Cara.

What do you think of the sextuplets being 16 already? What are your thoughts on the rocky relationships between the kids and their parents? Let us know what you think in the comments below.

Be sure to follow us on Instagram @tvshowsace and subscribe to our YouTube channel. And, come back to TV Shows Ace for news on your favorite reality TV stars and more news on Kate Plus 8. There’s a lot to keep up with and we are here to help!