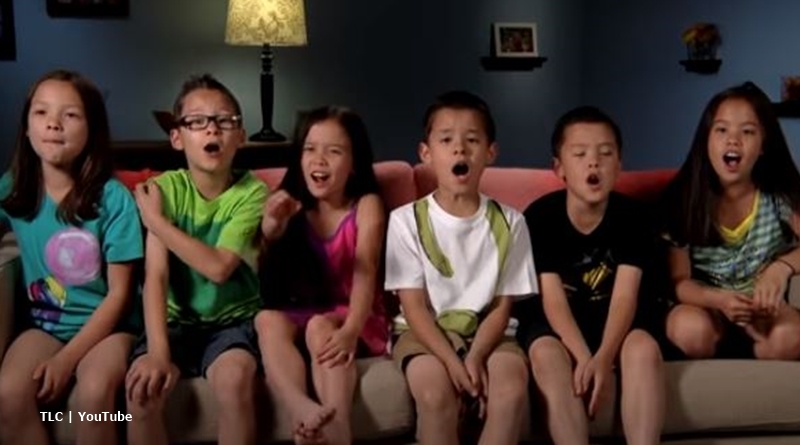 Kate Plus 8 fans heard that Jon Gosselin wished all the sextuplets a happy 16th birthday. Hannah and Collin live with him and his girlfriend Colleen. In fact, Collin never sees his mom or his other siblings. His Mother’s Day tribute went out to Colleen rather than Kate. Kate Gosselin wished her sextuplets a happy birthday, but it’s unlikely Hannah and Collin got any of the special birthday cereal.

The sextuplets, born on May 10, 2004, were delivered by a massive team of specialists at Penn State Hershey Medical Center. At the time, Jon and Kate Gosselin were still married. The birth got lots of media attention, and the family ended up on a television show. Initially known as Jon and Kate Plus 8, the television show later changed its name. That came after an extremely toxic relationship between the sextuplets’ parents.

Jon and Kate Plus 8 become Kate Plus 8. But, for a long time, critics thought it should be Kate Plus 7, as Kate sent sextuplet Collin away to an institution. Later, his sister Hannah opted to live with her dad, Jon. Collin finally went to Jon as well and lives a more normal life these days. He can’t see his siblings, so it’s no wonder that he gave his dad’s girlfriend all his love on Mother’s Day. On their 16th birthday, also on Mothers’ Day, Jon wished all the sextuplets a happy birthday. He mentioned Hannah and Collin, and then the other four by name.

While it seems that Collin and Hannah celebrated their birthdays with Jon, Kate included them in her birthday post. She referred to the children as “6 of the sweetest things to happen to my life!” Some critics of the TLC show found that a bit hard to swallow, given the situation with Collin. One fan who described Kate as “one of the most amazing moms!!!” got lambasted by a critic of Kate. They wrote, “Seriously? Have you any idea the trauma she has inflicted on Collin because he wasn’t the same as the others?”

The Sun reported that Jon, the Kate Plus 8 kids’ dad told them Collin attends therapy to assist him with dealing with the trauma of rejection. The outlet noted that “Collin will “always” be emotionally “affected” after the mom of eight sent him to a special needs institution at 11.” Jon previously said that Kate “secretly sent Collin to a special needs institution for three years without his knowledge.” Collin finally got a letter to his dad, begging him to save him and take him home. In an uncontested custody case, Jon eventually took his son to his new home.

Kate gave her kids cereal for their 16th birthday

It’s not clear how Jon, Hannah, and Collin celebrated their birthdays. But, fans know the other four sextuplets got cereal. Kate said she got them Hershey’s Kisses cereal, as that’s what they wanted for their birthday lunch. She said that she purchased “21 different kinds.”

Happy 16th Birthday to my half a dozen ‘Hershey Kisses’, as they were called at birth! I love you so much! You’re 6 of the sweetest things to happen to my life! Thanks for making every Mother’s Day extra memorable! (They requested ‘junk cereals’ for their birthday lunch (?!) so I got a bit carried away, as usual, and got them 21 different kinds! 😂😂😂 #Teenagers #AreFun #Sweet16 #HappyBirthdayMyBabies

What do you think about the unusual request for birthday cereal? The Kate Plus 8 mom certainly seemed to go over the top with the amount she bought. Sound off in the comments below.

Remember to check back with TV Shows Ace often for more news about the cast of TLC’s Kate Plus 8.