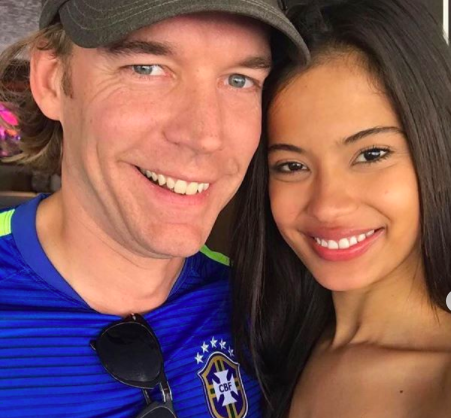 So where are they currently living amid the coronavirus pandemic?

Where is the 90 Day Finacé couple staying?

Entertainment Tonight reported back in April that Juliana and Michael are actually quarantining with Michael’s ex-wife, Sarah, and her new husband, Sean. All four of them are under one roof for the benefit of Michael and Sarah’s two kids.

The 90 Day Finacé star does get a little annoyed

For those who don’t know, Juliana is a 23-year-old model from Brazil who moved to Connecticut after she fell in love with 42-year-old Michael. She actually really gets along with Michael’s ex Sarah. But she admitted to Entertainment Tonight that not everything is going well in the cramped house. Mainly, she is annoyed at cleaning up for extra people.

She stated that aside from their pets, Sean is the messiest member of the household. She said, “He leaves glasses everywhere…I’m not a maid.”

Despite this, things seem to be going well for everyone during quarantine, which can be seen by Julianna’s social media presence.

Julianna and Michael do want their own kids

When Entertainment Tonight first spoke to Juliana and Michael last month, they revealed that they do want kids together. But, they are not currently trying to get pregnant due to the uncertain times.

Julianna said, “We talk about having kids but not now. If I’m pregnant and his business is not working at least I have some savings and can maintain a house together.”

The couple went on to share that Michael’s ex Sarah would also be fully supportive of them having more children.

Michael revealed, “Actually Sarah would love for us to have another, a baby, because also she would feel very motherly too. And it’s something I remember maybe even before Juliana came here, or quite a while ago, Sarah was talking about it like, ‘I hope you guys are planning to have babies because I would love to feel in a way, that motherly way again. She doesn’t want to have more children. Max and CeCe are great.”

What do you think of the 90 Day Finacé stars very unique living situation? Let us know what you think in the comments below. Be sure to watch new episodes on TLC.