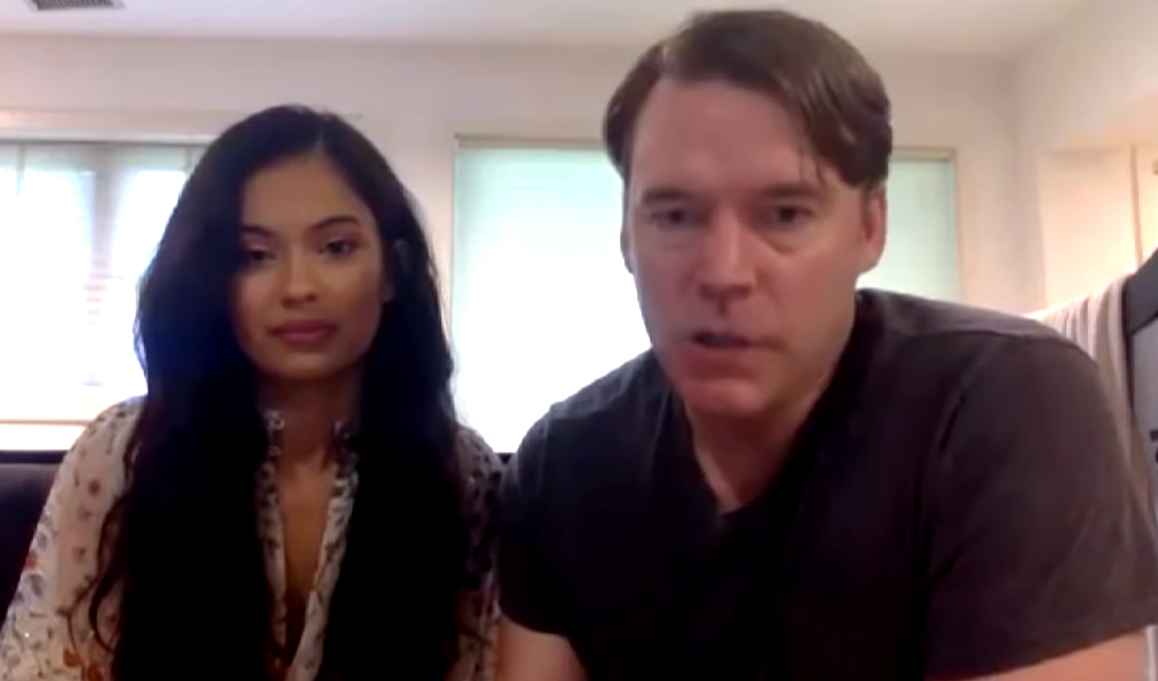 Michael and Juliana featured in Season 7 of 90 Day Fiancé and are still together after the TLC reality show. While it may seem strange to others, they have become very close to Michael’s former wife, Sarah. In fact, the two couples and their children are quarantining together under the same roof.

ET interviews Michael and Juliana in a video chat on Wednesday. In the interview, they share the fact they are currently quarantining under the same roof as Michael’s ex-wife Sarah and her husband, Sean. Michael and Sarah’s two children, Max and CeCe are also staying in the home. They are getting on well, perfectly comfortable to be in the same house.

During season 7 of 90 Day Fiancé Juliana, 23, moved to Connecticut to be with Michael, 42. When Juliana arrived, it turns out she got on surprisingly well with Sarah and now calls her her “best friend.” Unusually, following the TLC reality show, Sarah eventually officiates her former husband and Juliana’s wedding.

Michael says their lockdown together works well for them. Sarah and Sean are comfortably set up in their guest room and spend plenty of time with Max and CeCe.

90 Day Fiance's Michael and Juliana Are Quarantining With His Ex-Wife! (Exclusive) https://t.co/qcTXV5X7ZX

Expanded family is ‘safe and healthy’ together

Michael tells ET they are all safe and healthy and that is what is important right now. He feels they are fortunate to be together and enjoying each other’s company. He compares their relationship to a “sort of nouveau Brady Bunch.”

Since their 90 Day Fiancé experience, Juliana and Sarah have become close friends. They often head out into the woods together for some space and girl time. According to Michael, both he and Sarah have moved on completely and happily accept each other’s relationships. He said even though his marriage to Sarah didn’t work out, they haven’t lost their love for each other.

Michael goes on to say it was four of the right people, meeting at the right time. Meanwhile, Max and CeCe also enjoy the close relationship between the two couples. Michael and Juliana are planning at some stage to have their own children. You never know, maybe the quarantine will be the right time for this to happen!

Watch the full interview in the video included here:

Fans will be able to see Michael and Juliana and Sarah and Sean together. They will be part of the upcoming spinoff on TLC, 90 Day Fiancé: Self-Quarantined, which premieres on Monday, April 20 at 9 pm ET/PM.