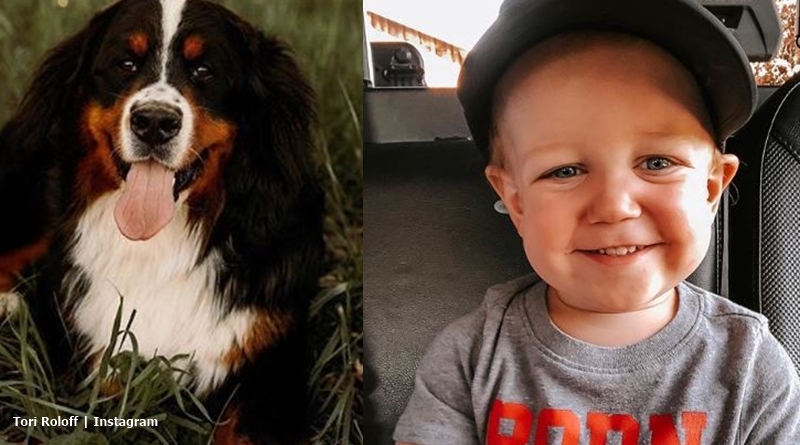 LPBW patriarch Matt Roloff reunited with his grandchildren last week. Prior to that, he and Caryn were stuck in Arizona when the coronavirus epidemic brought out social distancing regulations. Matt shared his joy at reuniting with the little ones on his Instagram. Now, he shared a photo of Jackson and Murphy. Can he resist those puppy eyes?

LPBW – Matt shares an adorable photo of Jackson and Murphy

On Saturday, the Little People, Big World mini-star, Jackson pitched up at his grandpa’s office. Obviously he’s delighted that Matt’s back from Arizona. TV Shows Ace reported that Matt certainly enjoyed his reunion. Probably, Jackson did as well. Matt’s video about it showed him with Ember, disproving the allegations that he only spends quality time with Jackson and ignores Ember. Anyway, it seems Jackson’s keen to make up for lost Grandpa time.

Matt shared a photo of Jackson. Cracking open the door to Matt’s place, he stands there with big “puppy dog” eyes. And, behind him, his dog Murphy also gives that “puppy eye” look. Everyone who ever owned a puppy dog knows the look! But the patriarch of LPBW explained what happened when writing his caption. It seems Jackson’s a bright boy and knows how to ask a favor. Fans got quite tickled by what Jackson said.

Being away from Roloff Farms for such a long time probably means Matt’s busy catching up on all the paperwork. The Little People, Big World star obviously decided that getting stuck in’s the best thing to do. So, Matt explained what happened. He wrote, “That irresistible moment when the little fella asks …if his dog dog can come in and help grandpa with his paperwork.” Fans know that Jackson calls Murphy “Dog Dog.”

Tickled pink at the way Jackson requested entry, one fan commented, “They are BOTH giving u puppy eyes 👀. too cute.” Another LPBW fan suggested, “No way could you tell them puppy dog eyes No on Jackson & Dog dog. Lol.” And, judging by his hashtag, Matt couldn’t resist them. He used, “#anytime” and “#anywhere.” Fans agree that Jackson and his pup certainly seem irresistible.

One follower noted, “This is so precious. Jackson I know Grandpa is going to say Yes!❤️.” Then another one commented, “Most def the cutest picture that I’ve seen on the internet, all day!” Plenty of other people held similar sentiments. No wonder Jackson accumulated so many LPBW fans. Tori and Zach Roloff seem totally blessed with their children, Jackson and Lilah. Many fans think Matt’s the luckiest grandfather in the world with Ember, Bode, Jackson, and Lilah to brighten up his life.

That irresistible moment when the little fella asks …if his dog dog can come in and help grandpa with his paper work. #anytime #anywhere

What did you think of those “puppy dog eyes?” Could you resist letting them in? Sound off in the comments below.