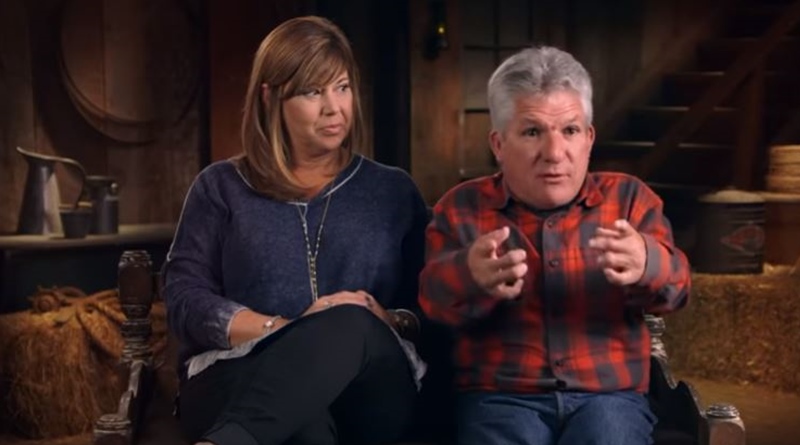 LPBW patriarch Matt Roloff and his girlfriend Caryn Chandler went to Surprise in Arizona and ended up staying there when COVID-19 and quarantine arrived. Zach reminds fans that they stayed there since January. That’s a long time for grandkid-loving Matt to be away from the little ones. But now, Matt announced he got back to the farm. And, spent a wonderful time with his favorite little people.

On Tuesday, Matt got onto Instagram and told his Little People, Big World fans that he finally made it back to the farm. Obviously careful, he didn’t just rush off to see his grandchildren again and took care to self-isolate. But, eventually, he got to spend time with them and shared his joy in his post. Fans of the show know that he dotes on Jackson and Ember, and the newcomers, Bode and Lilah.

He said, “I’ll always make it a priority to spend as much time as possible with these amazing children of Gods creation.” Plus, he noted that Ember and Jackson seemed delighted to spend time with their grandpa.

Matt shared a cute clip of him playing with Ember, who couldn’t conceal her happiness as she giggled and laughed. Actually, the fact he shared about Ember puts a lie to the troll who recently accused him of caring more about Jackson than the other grandkids.

TV Shows Ace reported that in late April, a fan trolled on him, saying, “I feel you show to much favoritism to Jackson and although you have other grandchildren.” Despite complaining and giving “dire” warnings about the outcome for Matt, the LPBW grandpa chided them in a kind and patient way. Obviously,  Matt missed all his grandchildren while away in Arizona.

Fans react to Matt and his reunion with the grandchildren

Zach told Monsters and Critics that Jackson’s become an expert at “FaceTiming.” So, Matt interacted with Ember and Jackson while in Arizona. But, it’s not the same as actually being with them. Fans on Instagram chipped in their vicarious happiness at seeing Matt playing with Ember. Here’s what some of those LPBW fans said to him:

After returning home safety from the drive from AZ and then isolating for a few days ..I finally got to see all 4 of my precious grandkids. How fun. A serious reminder of why I’ll always make it a priority to spend as much time as possible with these amazing children of Gods creation. #lovemygrandkids. Ember and Jackson wouldn’t let me out of their sight today. It was a great day to try and teach what 6 ft looked like. It kinda of worked. Most of the time! We still had fun all day long, very blessed to have a big farm to use to spread out. :))

What did you think of the cute video Matt Roloff shared with his LPBW fans? Do you think Ember’s simply precious? Sound off your thoughts in the comments below.

Josh Duggar Prohibited By Court From Seeing His Sister Jessa’s New Baby
‘Y&R Spoilers : Who Kidnapped Mariah Copeland And Where Is She?
No Longer Boy Crazy? Scheana Shay Gets The Life She Wants
Duggar Family STUCK Under TLC’s Thumb, Trapped By ‘Counting On’ Contract
Kailyn Lowry Opens Up About Weight Gain And Nasty Comments She Receives