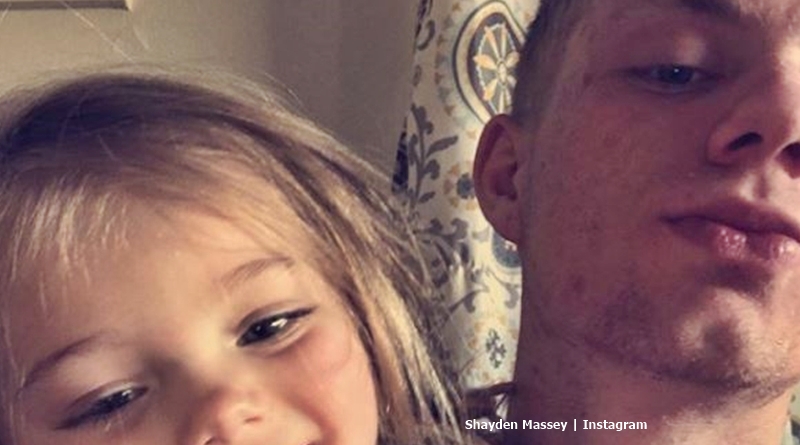 Unexpected fans know that Shayden Massey broke up with Lexus. They also know he experienced a few run-ins with the law. But he’s a really good dad to his daughter Scarlett. And now he’s expecting another baby with someone named Kylee, and he stepped up for her as well. It seems though, that he gets a lot of hate despite that. But he’s over it and gave a big middle finger to his haters.

Unexpected – Shayden Massey gives his name to his new daughter

TV Shows Ace reported this week, that Shayden shared the gender of his new baby. The little girl’s due on October 13 this year. During the gender reveal, he also shared the names he and Kylee chose. These are “Everleigh Marie Massey.” The fact that he gave his surname to the newcomer says something about him accepting responsibility as a dad.

Notably, Shayden’s also a very good dad to his daughter with Lexus. Scarlett often features in his Instagram posts. Lexus allegedly cheated on Shayden when he served weekend time in prison. Starcasm reported that he fell afoul of the law several times. Many of his offenses relate to driver’s license issues. Perhaps because of the law, he gets haters. But one Unexpected fan claiming to be his cousin noted, “He really do get a lot of sh*t and he not that bad. 🤣.”

Hayden shared a photo of himself giving a rude hand gesture. He captioned it with, “Giant F*ck you to all my haters🖕🏼😘🖕🏼😘.” Fans discussed all the hate. Many of them can’t understand where it comes from. One follower wrote, “I don’t understand why he gets all this hate. he stepped up and got a job as soon as he found out Lexus was pregnant and took good care of Scarlet. and was there for Lexus even though she cheated on him and treated him like shit.”

One Unexpected follower suggested that edits could be the problem. They commented, “he gets that poor edit that makes him look bad sadly. TLC is good at picking someone out and editing their moments to look dramatic or over the top and screw that person over.” Others talked up his good points a bit more. One person noted that he looks after Scarlett, accepts his new baby, and steps up for his kids. And not every guy does that.

It certainly looks like Shayden Massey’s got a lot of loyal fans despite the haters. As one Unexpected fan suggested, maybe he shouldn’t “waste his energy” on negative people. Do you agree with that sentiment? After all, his supporters are there for him if need be. Sound off in the comments below.