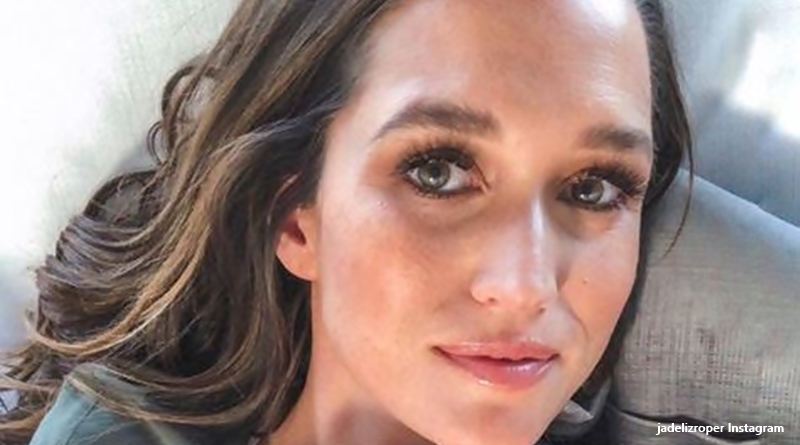 BIP alum, Jade Liz Roper works hard at being a mom. She is devoted to her two children she shares with Tanner Tolbert. Emmy, her toddler seems very sweet and recently painted Tanner’s nails with deep concentration. But for some reason, Emmy attracts trolls who do worse than mom-shame Jade. They say some terrible things about her, and Jade’s just over it. Now she spoke out about those people who hate on children.

BIP: Jades Roper’s daughter Emmy’s been called autistic and ‘stupid’ in the past

Bachelor in Paradise alum, Jade produced two beautiful kids. Emmy’s growing into a charming and sweet child. Meanwhile, her son’s meeting his milestones and fans adore him. This week, TV Shows Ace reported that Emmy painted Tanner’s nails bright blue. That’s an awesome color for a toddler, but not so much for Tanner. Anyway, he allowed her to carefully do his nails under the guidance of her mom Jade.

Both parents seem to make a special effort to share quality time with the kids. And, that’s not confined to just the coronavirus quarantine period. Even in normal times, Jade often shares what they do with Emmy. Almost beyond comprehension though, trollers quite often say terrible things about Emmy, And, everyone knows that trolling on kids probably is the worst thing anyone could possibly do online. But haters and trollers persist with it on the BIP alum’s Instagram. Actually, in the past, people suggested Emmy’s “autistic” and even “stupid.”

Jade spoke with US Weekly and talked about how kids should remain totally off-limits on social media. Jade could always stop sharing photos of Emmy, but genuine fans enjoy seeing the little girl. The idea that people who feature on reality TV shows deserve trolling, unfortunately, prevails. And obviously, what fans see in the comments goes way beyond those in DMs. Jade’s particularly upset as one troll called Emmy  “a f–king idiot,” back in March.

Naturally, Jade and Tanner just get fed up with that sort of thing. She said that she tries ignoring it, but sometimes the hate just becomes too much. The BiP alum told the outlet that ignoring it all becomes “hard.” She noted that she shares photos because people like them. Sometimes, fans say things like, “Oh, you’re such a light for me in this dark time.'” Or, “We love seeing your kids smiling.'” However “shamers” and “haters” spoil it all.

I think there must be some law of nature where if one child is happy, the other is not. 🤣 #mamatried

Everyone knows that children should remain “off-limits.” And, Jade believes in that strongly. Jade mentioned that she finds it difficult to deal with that sort of thing. Unfortunately, trolling became so bad in the USA that experts study the phenomenon. It seems trollers project their own own issues. Jade said, “They’re just projecting, but it should be completely off-limits. That’s when I will call somebody out because that behavior is not acceptable and people need to know that.'”

The BIP star deals with it a lot, as do many other reality TV stars. It seems very unfortunate, especially during these difficult times with the coronavirus. In fact, more often these days, loyal fans also fight against trolling on social media. Actually, many people feel that trolls bore them with their incessant immaturity. Do you agree? Sound off in the comments below.