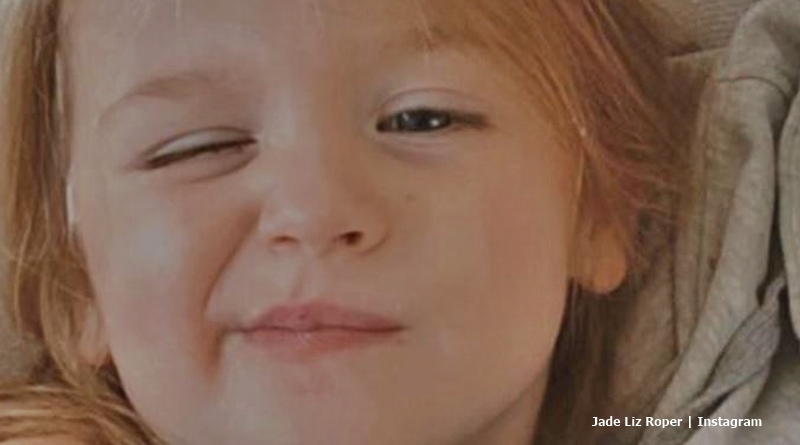 BIP alum Jade Liz Roper found a sense of humor raising kids. She once shared about the hilarious and ridiculous things she does with herchildren. But, she doesn’t take critics hitting on her children. Now, she shared some gorgeous Instagram video clips of her daughter Emmy painting her husband Tanner’s nails.

TV Shows Ace reported that Jade grew a bit embarrassed and laughed at the ridiculous things that she learned to do as a mom. Back in early January, fans giggled over one post that showed her playing the role of a “mamasaurus rex.” It came out that she did that to entice Emmy to take an afternoon nap. In fact, many other moms agreed that children sometimes make adults do a lot of childish things. Mind you, being a mom also means you can legitimately play on the teeter-totter in the playground, and nobody thinks you lost your mind. So, there’s an upside to little kids.

But the Bachelor In Paradise alum shows her teeth when critics troll about her children. USA Today reported back in July last year that Jade rounded on a critic who suggested there was something wrong with Emmy. The critic suggested Emmy acted as if she shows “signs of autism.” Jade shared the message to all her fans and noted, “it’s NOT okay messages to send to people.” She added that the development of her child really should stay out of people’s business. After all, she and Tanner consult a “great pediatrician, and we know her development.” And, really it looks like Emmy handles her development just fine.

On Friday, Jade took to her Instagram Stories and shared some clips of Emmy happily painting her dad’s nails. Tanner didn’t look too happy with the color, but Emmy knows what she wants! Actually, she did quite a good job of it. But Tanner didn’t really want both hands done. Not to be deterred, the little miss insisted. After all, a half-job’s not really perfect. So, good-natured, Tanner allowed the little girl her full project.

In the end, the BIP star looked quite presentable. Now fans just need hope that Jade Roper also purchased some nail color remover. Mind you, not that they socialize much these days. With social-distancing, Tanner might get away with wearing his flashy blue color nails for some time to come. But now Tanner just needs a glimpse into the future. Maybe one day, fans see him sporting bright red lipstick and eyeliner. Parents often end up as experiments during the make-up stage of most little girls.

What do you think about little Emmy painting her dad’s nails bright blue? If you’re also a parent, tell us in the comments about the funny things your kids do sometimes.