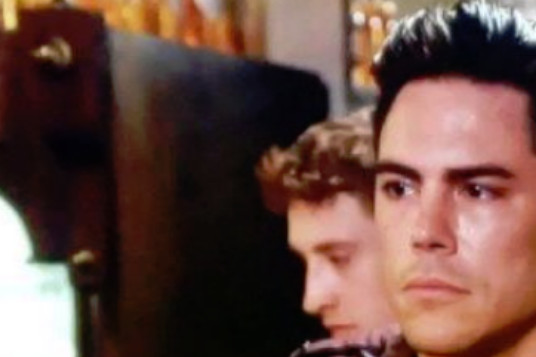 With just two episodes left of Season 8, Vanderpump Rules fans are gearing up for the reunion. Bravo exec Andy Cohen recently confirmed that the reunion was filmed virtually in late April.

While some VPR stars expressed hesitation at filming remotely, Katie Maloney thinks the reunion was fire. On the other hand, Jax Taylor did not expect the reunion to get as ‘intense’ as it did, TV Shows Ace reports.

Fans will have to wait a few more weeks before the reunion episodes are edited. Due to the coronavirus quarantine, Bravo’s editors are working from home, making the process slow going.

Vanderpump Rules fans know that Tom Sandoval is an emotional guy. It’s no surprise that he dubs the reunion as “very emotional.”

Sandoval has been feuding with former bestie Jax throughout Season 8. Jax routinely slammed Sandoval on social media early in the season.

In fact, Jax took Sandoval’s relationship with Ariana Madix to task on a recent VPR episode. Jax implied that they weren’t a normal or happy couple.

However, Jax recently told fans that he was saving his issues with Sandoval for the reunion.

During an appearance on the podcast Mention It All, Sandoval said that not everyone took responsibility at the reunion. He reveals,

Some people owning up to certain things, a lot of people being self-aware. [Others,] not so much. Some continuing to not evolve as human beings.”

While Sandoval didn’t reveal who he thinks evolved and who didn’t, it’s likely he was referring to Jax.

Sandoval did address some of his VPR co-star’s rants. He says that Jax “can be very obsessive and compulsive.” Not just with him, but with Kristen Doute, too.

As fans saw in last week’s episode of VPR, Kristen and Jax had a heated argument. Jax felt Kristen was lying about filming an intimate encounter with another man. Reality Blurb reports that Sandoval “doesn’t know” why Jax is so obsessed with him.

Jax isn’t the only one who isn’t a fan of Sandoval and Ariana. While Lala and Ariana used to be friends, Lala recently dissed the couple. The former SURver said that Ariana and Sandoval aren’t her “cup of tea.”

Sandoval admits during the podcast that their friendship went through a “rough patch” during Season 8. However, he didn’t reveal if the issues were resolved at the reunion.

Instead, Sandoval again told fans to “wait and see” what happens at the reunion.

Tom Sandoval dropped by the Mention It All Podcast to talk about his furniture, his beef with Jax, and the #PumpRules reunion. listen now at the link in bio or betches.co/mention

While Bravo has yet to announce when the VPR reunion airs, Sandoval said it will be “a few weeks.”

In the meantime, Vanderpump Rules wraps up Season 8 with two more episodes. The show airs Tuesdays on Bravo. Check out a preview of next week’s episode.

CAT-astrophe? ABC Hired Audience Member To Kiss Connor On ‘MTA’
Michelle Young’s ‘Bachelorette’ Cast Revealed!
‘Y&R Spoilers : Who Kidnapped Mariah Copeland And Where Is She?
Chrishell Stause Vacations In Paradise With Her New Man — Who Is It?
Is ‘Below Deck Med’ Courtney Veale Afraid Of Hannah Ferrier?!