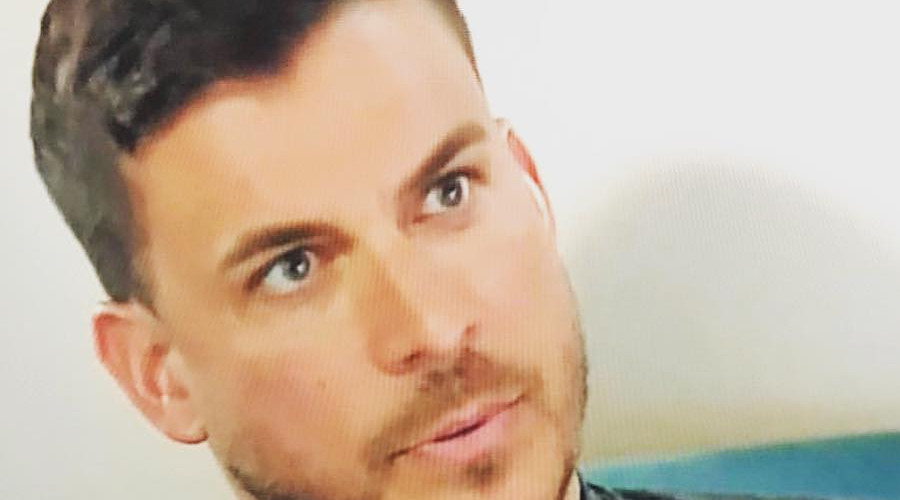 Vanderpump Rules star Jax Taylor isn’t a fan of virtual reunions. As TV Shows Ace reported, both Jax and his wife, Brittany Cartwright, spoke out against the idea of a virtual reunion last month.

Unfortunately for them, Bravo had no choice but to film the VPR Season 8 reunion virtually. Bravo exec, Andy Cohen, confirmed that the reunion was filmed remotely via webcams last week.

Check out the reunion looks for all your favorite VPR stars here.

The VPR reunion was supposed to film in early April. The stay-at-home mandate and television production shutdown made that impossible. Bravo turned to technology to bring the cast together virtually while still adhering to social distancing guidelines.

E! News reports that Jax was “blindsided” by how intense things got at the virtual reunion. The former model admits to having some “ups and downs” toward the end of the season. In fact, some fans accuse Jax of being “coked out” due to the behavior he’s shown on-screen in the last few episodes.

Season 8 of VPR heavily features Jax and Brittany’s wedding. It also features Jax’s falling out with former friend Tom Sandoval. Jax and Sandoval engaged in a brief Twitter war before Jax revealed he was saving a deeper discussion for the reunion.

Once Jax’s wedding was over, he turned his anger at co-star Kristen Doute. In the May 5 episode, Jax accused Kristen of lying about filming an intimate encounter with someone she dated.

While Kristen admitted to the producer she was lying to Jax because he’s a loudmouth, she continued to lie to Jax’s face.

Jax’s main problem with filming the reunion virtually was having to wait until one person finished talking before he could “chime in.” According to Jax, that made it “a little tough” to address all of his issues with various co-stars.

‘We Fight Hard, But We Love Hard,’ Jax Defends The Cast’s ‘Dysfunctional’ Friendship

Despite their constant fighting, Jax considers his VPR co-stars as “all family.” He tells E! News that they’ve known each other for “many, many years” and would argue regardless of “whether there’s a show” or not.

*NSYNC member Lance Bass took part in Jax’s chat with the media outlet. The two were promoting their new business. However, Lance is a close friend of Lisa Vanderpump and the VPR cast. In fact, he officiated Jax and Brittany’s wedding after the drama with the pastor they previously hired.

The pastor drama played a big role in the tension between Jax and Sandoval. In Sandoval’s view, the pastor’s homophobic social media posts weren’t addressed by Jax until SUR boss Lisa Vanderpump brought it up.

Jax admits that the friend group is “super dysfunctional.” Lance quipped that the cast hates and loves each other at the same time. Jax agreed, saying “We fight hard, but we love hard.”

One thing both Jax and Lance love are drink mixers. The dynamic duo joined together to create a line of drink mixers because “there’s just not many of them,” Jax says.

Just Add X is a business venture from the VPR star and former boy band member aimed at bringing more mixer flavors to the masses. Jax recently promoted the business on his Twitter, encouraging fans to try the mixers for their next virtual Zoom party.

Order online today!!! https://t.co/K7sghQkzMH 🍹 have it in time for your next zoom party! @justaddx pic.twitter.com/b578o5YtHS

There are only two more episodes in Season 8 of Vanderpump Rules. The season finale airs May 19. Bravo has yet to announce an airdate for the reunion. Watch a preview of next week’s VPR episode below.

‘When Calls The Heart’s’ Erin Krakow Wishes Lori Loughlin A Happy Birthday
Meri Brown Gets Cryptic About ‘Being Broken,’ Is She Alright?
Katie Joy Breaks Silence As Todd Chrisley Sues Her
‘LPBW’ Jackson Roloff Has What It Takes For His Own Show?
Gleb Savchenko Comments On Chrishell Stause’s New Romance