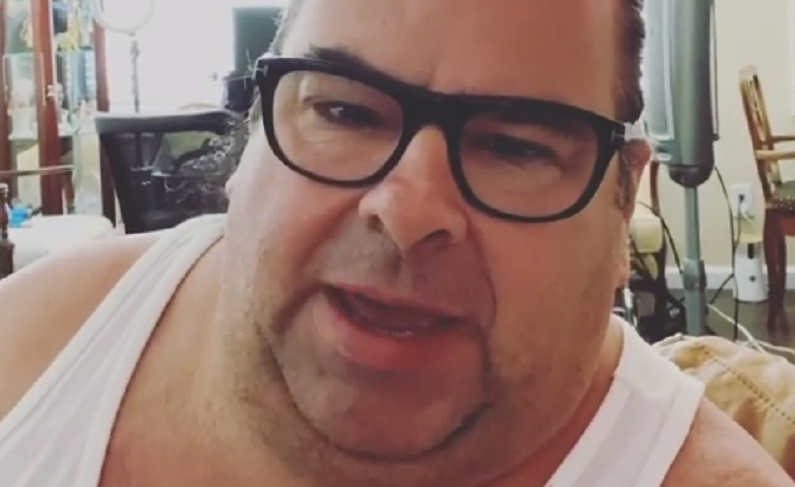 This is not a good week for 90 Day Fiance star Big Ed Brown. An alleged former co-worker accused the TLC star of harassment. Meanwhile, Rosemarie Vega is living her best life on social media. She’s making the most of her quarantine in the Philippines. She shared some stunning photos of herself on Instagram, leading fans to wonder if she has hopes of becoming a model.

The reality star seems free from her ex-boyfriend’s drama. According to new reports, Big Ed was accused of harassment by a former co-worker. Starcasm first reported about the woman who goes by her TikTok username, Lordakeet. She worked with Big Ed for nine months where she experienced the harassment.

Big Ed Brown became the star of 90 Day Fiance: Before the 90 Days for his big personality. On the new season, viewers watched him travel to the Philippines to find love again with Rosemarie Vega. Ed has been criticized over everything from his looks to his treatment of Rose.

The reality star is dealing with even more drama. A woman has come forward and alleged that she used to work with Big Ed, as per Cinema Blend. She also alleged he assaulted and harassed her during the nine months they worked together. The TikTok user teased her reveal for months after she recognized him on television. She identified the person as Big Ed Brown and posted a new TikTok with her story.

It’s not about exposing the 90 Day Fiance star. She wants to teach young girls about harassment and assault. Lordakeet says she hopes her story will help others who find themselves in a similar situation. Now, she focuses on sharing messages of support to those who choose to speak out.

♬ I Dare You – Kelly Clarkson

Big Ed has not responded to the accusations or claims made by Lordakeet. Plus, there is no proof that she knows the 90 Day Fiance star. Lordakeet acknowledged the lack of evidence, but claims she can’t reveal more due to a Non-Disclosure Agreement she signed.

Rosemarie Vega plans to “speak the truth” in a new video

Big Ed and Rosemarie are in the middle of a social media war. She accused the 90 Day Fiance star of using her for fame. After seeing him talk poorly about her in his confessionals, Rosemarie took to Instagram with a vengeance. She said in a clip, “how dare you embarrass me in front of millions of people,” as quoted by Screen Rant.

Most fans assume she has to wait until the season ends as she signed an NDA. Other fans wonder if Rosemarie has been verbally abused for a long time since Big Ed constantly picks on her for her hairy legs or bad breath. TLC viewers also wonder if Big Ed has a savior complex since he’s saving her from a life of poverty. Some of this may come to light in the weeks to come.

Check back with TV Shows Ace for more news on 90 Day Fiance.