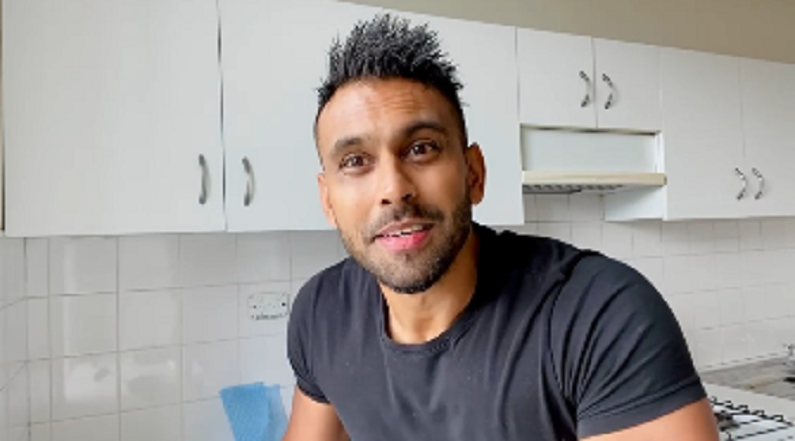 90 Day Fiance star Ash Naeck admits his mistakes. The reality star confirmed that he and Avery Warner are no longer together. The relationship coach confirmed on Monday, May 5 that they have split. He shared the news via Instagram. This comes after Ash took a break from social media amid the backlash.

Last month, Ash announced that he was taking a break from social media. The negativity was messing with his head. Ash didn’t realize that social media could be so intense. As you know, 90 Day Fiance fans don’t hold back on their feelings, but some of them take it too far.

According to In Touch Weekly, Ash Naeck returned to Instagram earlier this week. He discussed the topic that’s been on everyone’s minds lately. He apologized for the misogynistic comments he made during his seminar on teaching women on how to “find Mr. Right” during the April 26 episode.

Ash admits that it was one of the “worst days” of his life. He realized he needs to be “more mindful” about what he says and how to manage such situations. Ash admits that he “f***ed up completely.”

The 90 Day Fiance star says he shouldn’t have introduced politics into the conversation. He just wanted to bring up the topic of gender roles prior to talking about relationships and dating.

The Australian doesn’t have any regrets about it though. He calls it a “humbling” experience that he can learn and grow from. He can also see why some 90 Day Fiance fans would think his comments are misogynistic.

Before the 90 Days star takes a social media hiatus

Ash previously addressed the backlash he’s received on the show after making his debut on Season 4 of 90 Day Fiance: Before the 90 Days. Fans slammed him after his seminar and for calling himself “single” to Avery’s face. Most viewers on the 90 Day Fiance Reddit don’t like Ash because because they think he has outdated views on women and relationships.

However, there are some viewers who took it too far. They slammed him for his “bulging eyes” and “mannerisms.” On April 19, Ash announced his social media hiatus due to the online backlash he received.

“The events of the past eight weeks hit me today, I was not in any way prepared for the intensity of what the show both good and bad brought to me,” he wrote on his Instagram post.

Although the couple split, Avery still supports Ash. She feels bad for him after the backlash he’s received from social media. Avery feels that Ash should use the time to clear his head and to focus on the positive side to life.

What are your thoughts on what Ash Naeck said about his seminar? Sound off below in the comments section.

Check back with TV Shows Ace for more news on the cast of 90 Day Fiance.

‘Arthur’ Fans Grieve Over News Of Long-Running Show’s End
’90 Day Fiance’ Molly Hopkins Is A BOMBSHELL After HUGE Weight Loss- See Pics
‘The Bold & The Beautiful’ Spoilers, July 26-30, 2021: Finn Gets A Family
‘DWTS’ Pro Gleb Savchenko Has Some Exciting News — What Is It?
Kourtney Kardashian STUNS While Rocking Glow-In-The-Dark Bikini