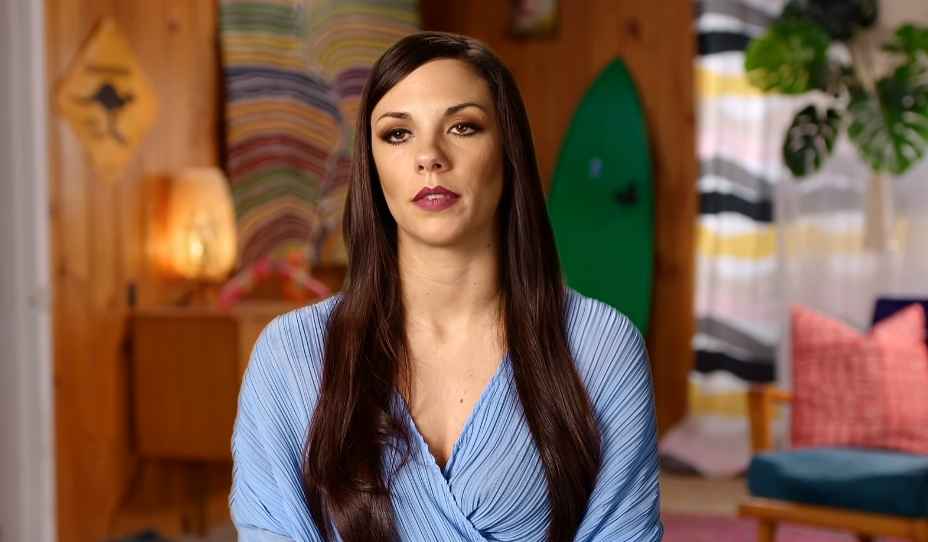 The May 3 episode of 90 Day Fiancé: Before the 90 Days shows Ash Naeck, 38, and Avery Warner, 32, in a heated battle. In fact, it is so heated, fans are wondering if they can ever come back from their fight.

The argument continues from the previous episode. This was where Avery confronts Ash over what she believes to be “sexist” views relating to gender roles, following attending his dating seminar. You know, ladies, the “barefoot and pregnant” in the kitchen vibe.

As noted by In Touch, the couple has been having many problems during their long-distance romance. Avery is based in Seattle, Washington, while Ash is a relationship coach living in Australia.

The pair debuted on Season 4 of 90 Day Fiancé: Before the 90 Days. While they have problems, so far the pair have overcome them. They appear to be getting closer to each other all the time. However, fans are concerned over the latest fight and want to know if they have split.

In Sunday’s episode of 90 Day Fiancé, Ash is upset, because he feels Avery is attacking and patronizing him. This is because he has admitted the dating seminar wasn’t his best moment. In the episode, Ash was heard to ask Avery “Do I take care of you? Do I make you feel safe?” He continued asking if he makes her feel like a woman and does he make her happy.

Avery responds in the affirmative, but tells Ash he must realize she is thinking about him moving over to America. She says each time she tries to ask him the harder questions, this is his response. Ash tells Avery he understands, but she kept on pointing to his defensiveness.

Avery tells Ash they have been “super happy the whole time happy” because she avoids the difficult questions. But now she is asking seriously about who he is, how he acts and what he thinks. Avery wants to get to know him better but he always reacts like this. Ash then apologizes to her.

While Ash has apologized, the fight carries on the next day at their rental home. Ash has a moment where he steps into the hallway and starts crying. He tells Avery he feels “stripped down as a man.”  Ash accuses Avery of being like a “pitbull,” as she won’t let go of their fight.

Ash walks back inside and decides to confront his girlfriend. He tells Avery she is a “very hard person” and he feels like she is heartless. Ash says she hurts people “very deeply.” He goes on to ask her why she hurts him, saying he screwed up yesterday because his ego was hurt. However, Ash says her reaction to that is what concerns him. Asking her if it concerns her, he says it concerns him more.

90 Day Fiancé’s Avery has had enough

As the argument continues back and forth between them, they speak about their feelings. Avery says to Ash, to be honest, she’s not going to deal with this anymore. She tells him she is “done mentally.” This upsets Ash so much he decides to leave.

Fans will now have to be patient to see if Ash and Avery survive this latest fight. Will they be able to work through their differences? Watch 90 Day Fiancé: Before the 90 Days on Sunday at 8 pm ET on TLC.

Will ABC Edit Chris Harrison Out Of ‘The Bachelor?’
‘When Calls The Heart’: Where Is This Show’s Location?
JoJo Fletcher Reveals Her Secret ‘Bachelorette’ Date
‘Bold And The Beautiful’ Baby News: Jacqueline MacInnes Wood Gives Birth
Which ‘The Blended Bunch’ Kid Never Met Their Dad?