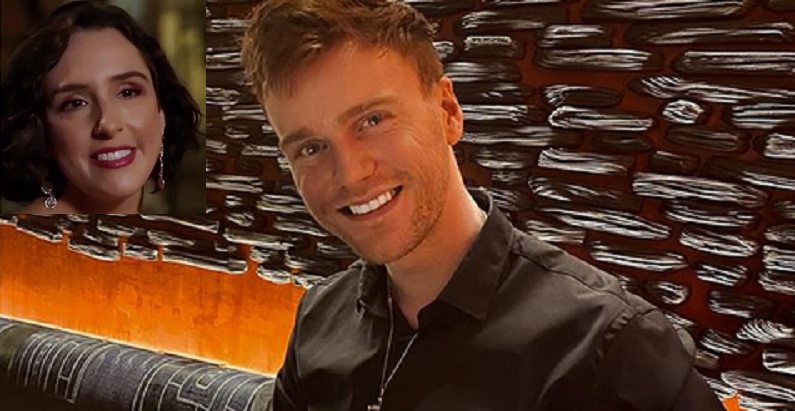 90 Day Fiance fans aren’t happy to see Jesse Meester back on the franchise. The reality star is on the 90 Day Fiance spinoff series, What Now. This season chronicles his search for the right woman.

No, it’s not one of Ash Naeck’s seminars. Although, Jesse does host some of his seminars on love, as per Meaww. He’s taking the TLC cameras with him to navigate the dating world.

One woman has already caught his eye, and her name is Bianca Rose. Fans want to learn more about this woman, especially why she’s interested in Jesse. She claims that dating is terrible in New York City. Read on to learn more about Jesse’s potential new love interest.

Who is the 90 Day Fiance star dating?

On Monday night’s episode of 90 Day Fiance: What Now?, fans meet Jesse Meester’s potential new love Bianca Rose. During the Monday, May 4 episode of the TLC spinoff, he shared his relationship status with the viewers at home, as per In Touch Weekly. Jesse told the TLC producers that he’s looking forward to a nice date with a woman named Bianca Rose.

“I am now back in New York City. I’m here for meetings, [to] see my friends and tonight I have a blind date, which I’m really looking forward to,” the 26-year-old model revealed in his confessional. “My friends set it up. I’ve never done it before. In that regard, I’m a virgin.”

Jesse didn’t know what to expected. He received “very little information” about her from his friends. But it would be a nice change of pace from what he’s used to in the past. Jesse even admitted he was nervous before his date arrived.

Moments later, the petite brunette showed up at his table. She introduced herself as Bianca Rose, a 33-year-old teacher who’s lived in New York for over a decade. The two appeared to have chemistry as they complimented each other’s looks. When the waiter brought them glasses of champagne, Jesse wanted to make a toast to their first date.

In her confessional, Bianca admitted that she was “kind of nervous” to go on a blind date with the 90 Day Fiance star. It’s probably because their date is televised for the world to see. Bianca calls the dating scene in New York City disappointing. She’s used to “disappointments” and “being ghosted.” The eclectic single wants to find a connection with someone.

During their date, Jesse and Bianca talked about her work as a teacher. He also mentioned that his mom also works as a teacher. They also discussed their love of travel. Bianca revealed that she was born in Israel. Then Jesse admitted that he plans to stay in New York City after his apartment lease is up. Before the couple went their separate ways, they made plans to see each other again.

It looks like things are heating up. In the preview for the next episode of 90 Day Fiance: What Now?, Bianca sits on Jesse’s lap. He admits that he’s already having feelings for her and it’s only been the second date. Are these two really a match? Fans will have to wait and see.